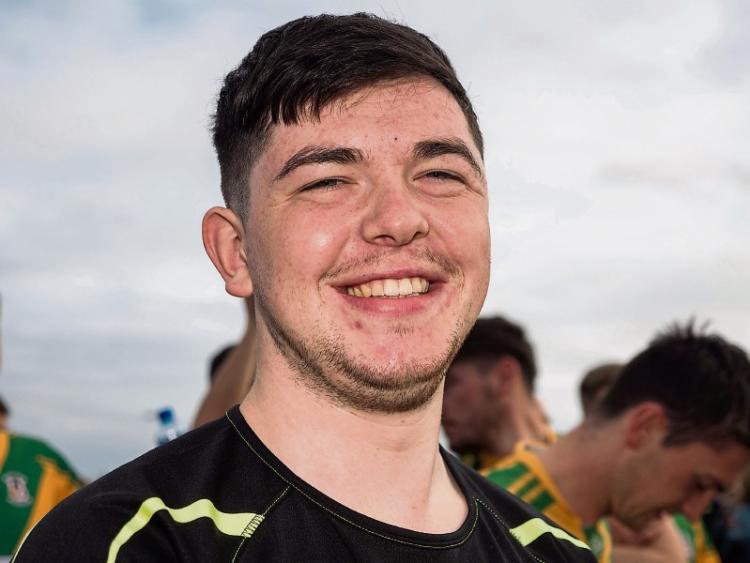 Adam Burke at the fundraiser in TMH on September 30 PICTURE: Tony Keane

Speaking to the Leader in October, Adam's brother Willie Jnr, said the family were blown away.

“We were always going to run with Adam in our Two Mile House jerseys. Adam was clapped out of Two Mile House by about 3,000 people. It was unbelievable, it was a great moment.

"For someone who had a stroke fourteen months ago, and to be told that maybe he mightn't survive the stroke, but then to be told he mightn’t be able to walk or talk, never mind to be running a 5k race, it’s just unreal.

"He was smiling all day, from day one since he woke up out of a coma, his attitude is incredible."

Footballer Adam suffered a devastating stroke during a local GAA match on July 20 of 2016.

He was in a coma for two weeks before waking up.

The doctors told family that there was a 20% chance of Adam surviving, and if he did there was a slim chance he’d walk, talk or recognise them again.

It was estimated that further speech and physical therapies could cost up to €1 million.

The local community got behind the Burke family to organise the massive fundraiser, and Adam's story was shared all across Ireland.

Thousands turned out to support Adam on his road to recovery.

A celebrity panel hosted by Marty Morrissey with special guests Davy Fitzgerald, Joe Brolly, Michael Duignan and Tomás Ó Sé were there on the day.

This month, Adam sent out a message of 'Thank You' to those who have gotten behind him;

Adam Burke and his family would like to thank everyone for their incredible generosity at his Fundraising Run and Celebrity GAA Panel in September this year. Adam would like to sincerely thank all the volunteers, participants and everyone involved in the build up on the day at what was a really special event.

The funding raised will help Adam massively on his journey of recovery. This first step will start in December as Adam will have an operation in Beaumont Hospital. Once this operation is completed successfully Adam will be able to explore the various innovative rehabilitation options currently available both in Ireland and abroad. Adam is currently unable to travel but will be able to do so again following the upcoming operation in December. This will all be possible due to the amazing generosity and goodwill shown by everyone toward Adam.

We are currently one third of the way towards reaching our long term target of 1 Million Euros. It is hoped to continue the fundraising efforts into 2018 in an effort to reach our goal. Donations can still be made through our gofundme page.

For more information on Adam and his ongoing recovery, go to www.runforadamburke.org.

Adam would like to wish everyone a very Happy Christmas and all the best for 2018.