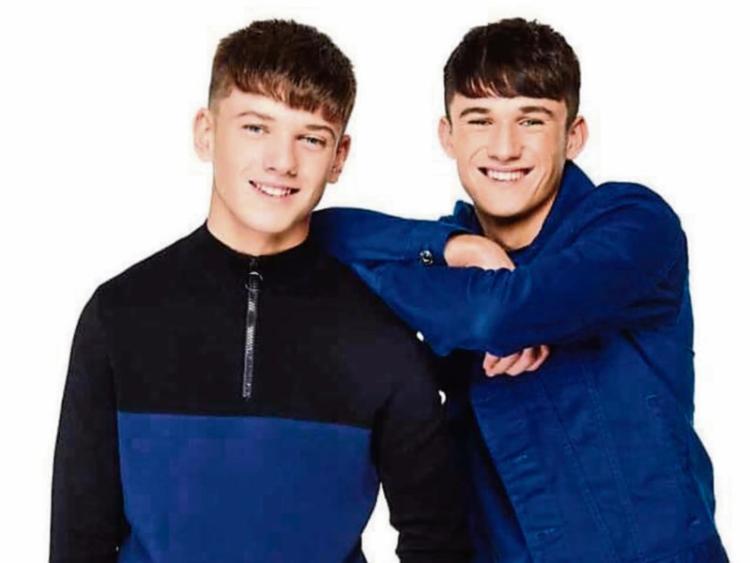 Two Naas CBS students made it through to the quarter finals of this year’s X Factor.

Brothers Sean (15) and Conor (18) Price, from Blessington, first blew judges away at the auditions in Edinburgh on September 16 last.

Their modern take on Jimi Hendrix’s All Along the Watchtower landed them a spot in boot camp.

The video rocketed to over 1 million views in two days on YouTube, and was trending number one.

Speaking about their fame to the Leader on September 20, Conor said: “We’re like little celebrities walking around the school halls (Naas CBS)!”.

The talented duo had a rocky start to their bootcamp performance on October 1, as judge Simon Cowell didn’t like their first song choice was Beggin by Madcon.

Their alternative song was Ed Sheeran’s Sing which the was enough to secure the lads a spot in the six chair challenge.

Their own original song Time landed them a chair on October 10’s show. They then jetted off to Simon Cowell’s house in France for the next stage.

The lads then sailed through judges’ houses on October 22, to get through to live shows.

They survived three weeks of live show performances to make it to the quarter finals, before being knocked out on October 18, in a double elimination.

Fresh from their success on the show, the duo are currently taking to the stage for the Olympia Theatre Christmas panto.

They have also won a place in the X Factor live tour, which kicks off in February.

For now, the pair are back to the books, busy preparing for exams in 2018, as they take on the Leaving and Junior Certs respectively.