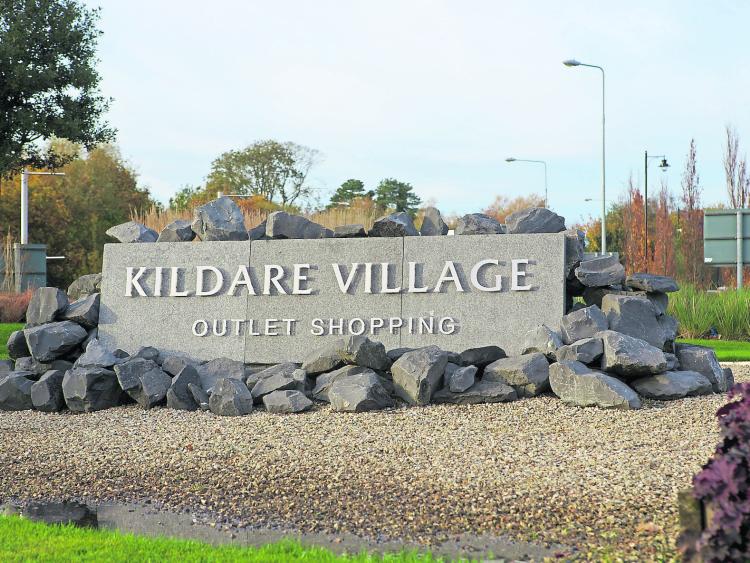 The plans lodged by Value Retail Dublin Ltd include the addition of 29 new shops, two new restaurants and 460 new car parking spaces as well as new ATM facilities at a site located to the north of St Brigid’s Primary School’s existing sports ground, south of Abbey View house and north east of the Kildare Tourist outlet village, accessible from the Nurney Road

If approved, this will bring the number of outlets in the discount designer village to 120 adding to brands such as Armani, Ralph Lauren and French Connection.

The expansion plan, which comprises of an extra 6,200 square metres, proposes demolishing a small number of existing shops to integrate a two-storey car park on the site as well as the new shop units.

The council requested further information in July regarding the failure of the proposed development to connect with the town centre.

The council sought a revised proposal from Retail Value Dublin Ltd to provide a high quality footpath network from the outlet centre to the historic town centre for ease of access for pedestrians.

It questioned if the two storey car park should provide for 572 spaces, raising concerns that an under-estimation of car parking requirements could have knock on implications for congestion at the motorway interchange.

The outlet centre was also requested to show how car parking will be maintained during the construction of Phase Three’s new multi-storey car park, it’s plans for traffic management and car parking spaces, especially during it’s annual sales event.

Concerns were raised by the Transport Infastructure Ireland (TII), who made a submission to KCC, regarding increased traffic to Phase three of the discount retail outlet, especially during sales events.

In their submission, TII stated that no traffic analysis had been undertaken to assess the impact of exceptional traffic loading associated with sales events by Value Retail’s plans for phase three, which will include spaces for 460 cars

Kildare Village responded with an application for an events car park on the Grey Abbey Road to combat traffic increases at sales weekends as part of their plans for Phase Three of the Village.

Meanwhile a request to produce a bike scheme similar to the Dublin Public Bike Scheme was also made to encourage shoppers to explore Kildare town and its surrounds on bike. The council also stipulated the site must be also assessed by an archeologist to ensure the conservation of Grey Abbey and Love Lane and by a bat ecologist to look at the effects of the lighting on protected bat species.