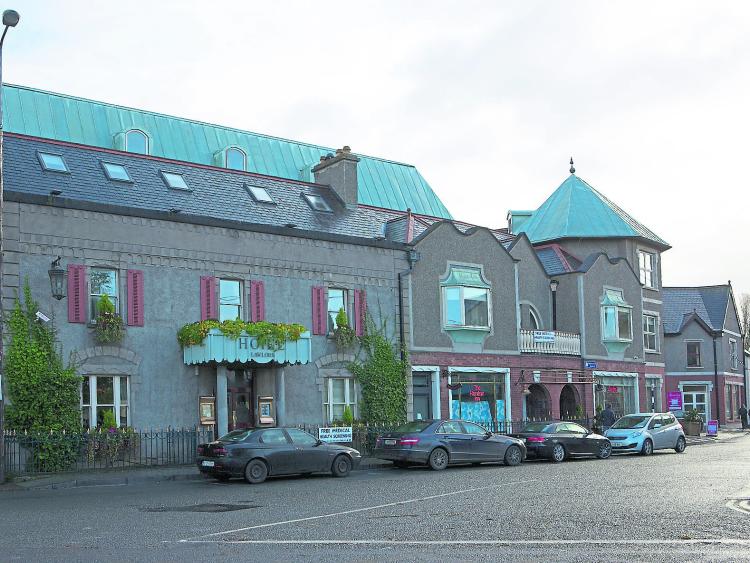 A major extension to the iconic Lawlor’s Hotel in Poplar Square, Naas, got the go ahead in September.

An Bord Pleanala endorsed a Kildare County Council decision to permit a total of 72 new rooms to be built at the iconic hotel venue.

KCC’s decision was appealed to An Bord . Most of the appeals were lodged by people living in Gleann na Greinne, a small enclave of houses off Dublin Road.

They claimed that the proposed demolition, excavation and construction works would have an overwhelming impact in terms of duration, noise, dust, vibration, construction traffic and general nuisance to “all dwellings in this area.” They suggested that what was being proposed was “de facto a new hotel.”

They stated that while they weren’t opposed to the principle of development on the site, the monastery at that time was home to five Christian Brothers ranging in age from 69 to 88 and the extension would “cause a significant loss of residential amenity.”

Meanwhile, another major development is on the cards at the iconic hotel.

Marchford Limited, a company associated with the venue and which has businessman Jack Tierney as a director, wants to build a third and front floor extension facing on to Poplar Square.

In late September, An Bord Pleanala upheld a separate decision by Kildare County Council to give permission for a major extension at the premises.

The September decision provides for a near doubling of the number of bedrooms at the hotel - to 132.

However both the number of bedrooms as well as the number of car parking places  (111) were less than originally sought by Marchford.

The proposal sparked a number of objections for people living locally, principally in Gleann na Greine, where virtually every resident objected as well as the Christian Brothers community, who live on the other side of the building at Friary Road.

In addition to the third and fourth floor extension, Lawlor’s also wants to build a 35 square metre lobby on the existing first floor and second floor as well as a corridor and staff locker room.

The third floor extension will comprise of  three bedrooms, a roof terrace and fire escapes.

The fourth floor will include a conference room/dining room, restaurant with roof terrace, a kitchen and seating area - as well as a connection to the development approved in September.

It says that all goods deliveries will be will continue at the delivery yard at Friary Road/Poplar Square.

The application also says that the existing entrance to the front of the hotel at Poplar Square will remain unchanged.

The application is at the pre-validation stage, which technically means it is not yet fully completed.

Written submissions can be made to Kildare County Council by February 3 and a decision is due three weeks later.