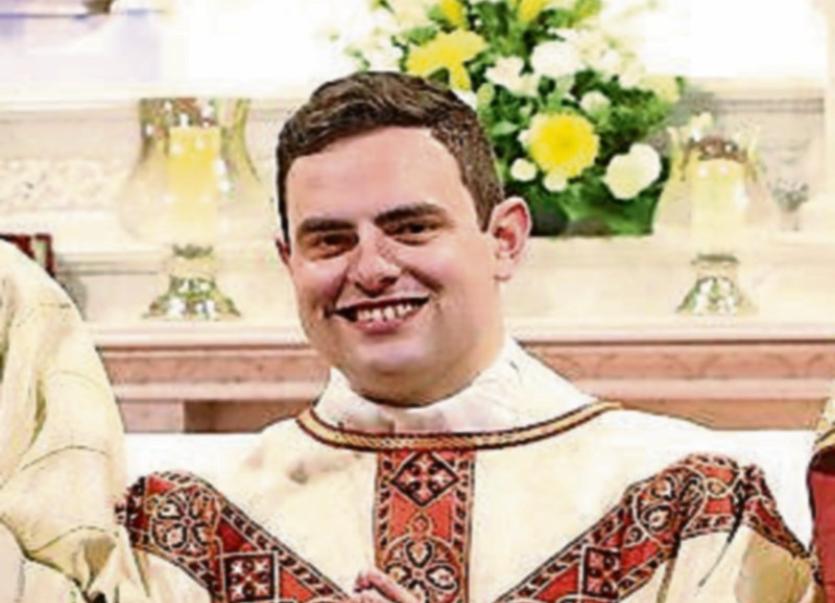 Ireland's youngest priest, and a Newbridge native, David Vard was ordained to the diocese of Kildare and Leighlin in a special ceremony at St. Conleths Church on June 25 last.

He began his new position as a curate in Portlaoise on August 1.

The 25-year-old was the first person from Athgarvan to be ordained for the diocese of Kildare and Leighlin in over 20 years.

The new priest is son of David Vard, Senior, and Liz Yelverton. He has two sisters - Rebecca and Charlotte.

A past pupil of the Patrician Secondary School, and a former member of Newbridge Rugby Club, David began his priestly studies immediately after his Leaving Cert in 2010, aged 18.

What was your personal highlight of 2017?

Without a doubt, my personal highlight of the year was my ordination to the Priesthood on June 25th. It was such a celebration and a moment of absolute grace.

Did you achieve all you wanted to achieve in 2017?

2017 for me was all about that moment in June and the change in my life that would happen after that day.

What was your biggest disappointment/regret of 2017?

Beside the fact that I still weigh the same, if not more, I don’t think I have any personal disappointments in 2017.

What was the greatest challenge you faced in 2017?

Starting my life in ministry in Portlaoise, while in many ways has given me great joy, it has also given me many personal challenges and I think that this will continue but I hope to be able to meet these challenges the best I can heading into 2018.

I do love to read and I love to listen to music. One of my favourite guilty pleasure authors is Jeffrey Archer and I love his short stories so when he brought out a new collection this year, Tell Tale, well I was hooked from the start.

Ed Sheeran’s new album provided us with a good start to the year musically. Personally, for me I got to fulfil a great dream of mine when I went to see Les Miserable in the West End.

Who was the standout personality for you in 2017?

I should say that Fr. Paddy Byrne, my fellow curate in Portlaoise, is always a stand out personality, but that is only what I should say.

2017 was a great year for many people. In the religious world you can’t argue with Pope Francis, however, I had and still have great respect for Katie Ascough.

What are your goals/ambitions for 2018?

2017 was a year of new starts for me, in 2018 I want to settle more into these new roles and continue to grow and learn more.

That it won’t go too fast I won’t get to stop and experience everything that it has to offer.

Aside from yourself who would you like to see be successful in 2018?

I would love to see the World Meeting of Families Event which takes place in August, to be successful, to show Ireland and indeed the world, that the church is not dead and celebrates all types of family.

What sporting event would you most like to attend in 2018?

I would love to attend Wimbledon or a Munster Rugby match, or indeed an International Match in the Aviva.

What cultural event would you most like to attend in 2018?

I don’t think that is either cultural, or an event, but the whole 8th Amendment debate and referendum. I hope and pray that everyone can show respect and have those debates respectfully.

I would keep my eyes on Monsignor John Byrne, I hear that now he is finished building state of the art schools he might turn his hand to writing books, it might even be better than Fr. Paddy’s book!

As someone who is new to the county I hope that the people of Laois continue to express their great sense of welcome, oh and may do well in the football…. Don’t tell Kildare!