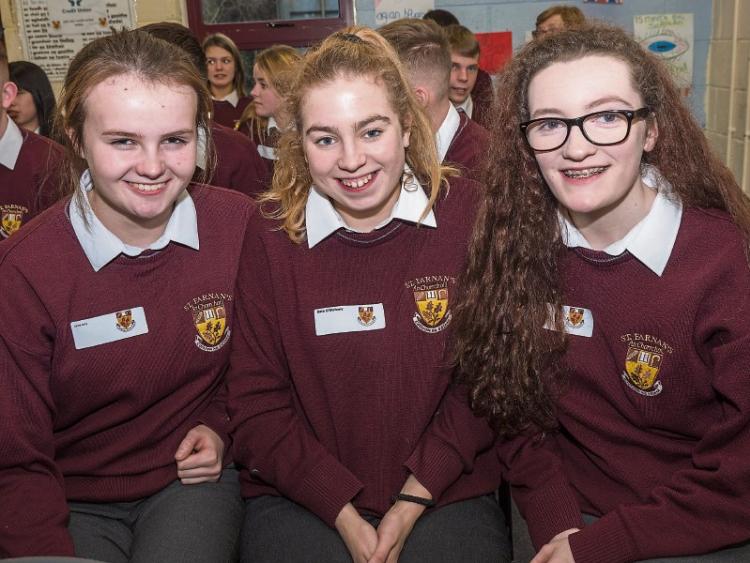 Transition year students at St Farnan’s post primary school in Prosperous are to run a new branch of Croi Laighean Credit Union at the school.

At the December 13 launch, secretary, TY student, Hazel Toman, thanked everyone for coming. Aided by teachers and the credit union, the students will run a basic credit union for students.

Launching the endeavour, Kfm’s Clem Ryan said he was “very struck by the knowledge of the 46 students in transition year”, stating the need to budget and manage money was at the core of the credit union.

Mr Ryan said he was not there to denigrate banks but the credit union was the bank of the community.

Paul Kennedy, chief executive of CLCU, said CLCU had seven branches up to this and St Farnan’s was the eighth.

“Credit unions have become very serious places but we should never forget how they were set up: because people who could not afford to borrow needed them.”

He said they were set up as financial cooperatives and a key person was a teacher.

Mr Kennedy said CLCU would be hiring more people to serve members. It is doing 60,000 transactions a month, of which 30,000 are across the counter and 30,000 online.

St Farnan#s School principal, Eddie Collins, said such projects needed volunteers but the school always got them as a result of a good ethos of volunteering in the staff room. Donal Fitzpatrick, on behalf of the new board, said they would have a number of comittees.