Fundraiser in aid of Peter McVerry 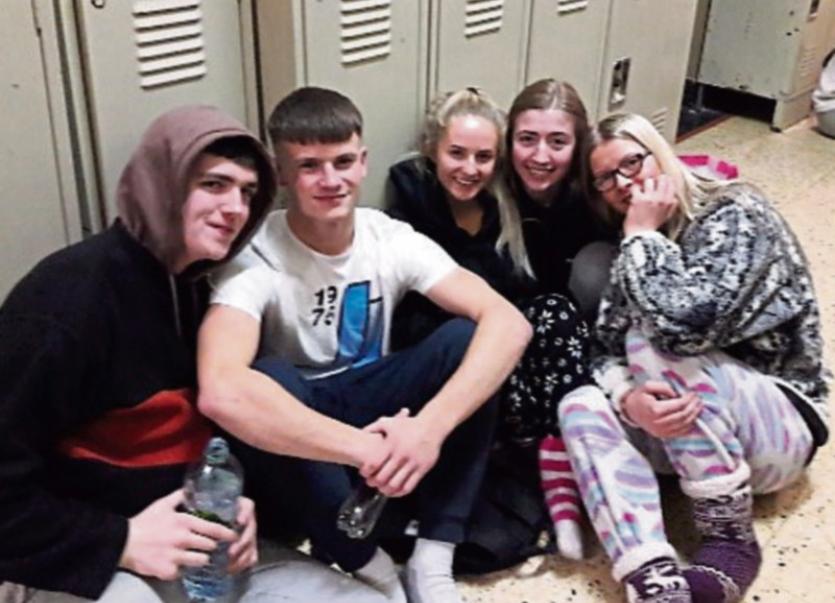 Students and staff of Newbridge College made their way to school on Friday night, December 1 .

Usually it’s a building full of people of sitting at their desks, or frantically cramming before a test, but on this occasion, sleeping bags and quilts were scattered on the ground in an attempt at comfort for the night ahead.

Students organised the fundraising event for the Peter McVerry Trust, an Irish charity aiming to aid those who find themselves homeless or are at the risk of losing their home.

Each student in Transition Year was given a sponsorship card with which they were asked to raise at least €20 for the organisation. The event is an annual tradition in the school with thousands of euro raised for the charity in past years.

The Peter McVerry Trust was set up by Fr Peter McVerry to reduce homelessness and the harm caused by drug abuse and social inequality.

Originally named the Arrupe Society, the named changed in 2005 when a new board of directors and CEOs were appointed in order to further develop the organisation’s services.

A large number of students were involved, with teachers of the school also volunteering to supervise overnight. The Peter McVerry Trust is a well-established charity which doesn’t get much of the recognition it deserves.