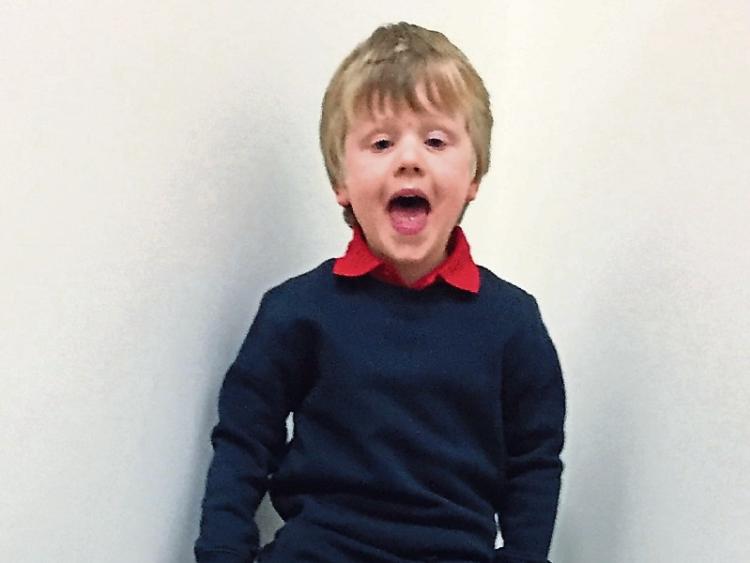 Aidan is full of questions these days

Question, questions and more questions. It's all I get these days. Car journeys are lace with them. They come mostly from Aidan but Sarah has plenty of them too.

I have to admit it's mostly cute and funny but they ask me the most random things. Sometimes I genuinely don't have the answers and that doesn't sit too well with them, particularly Aidan.

They like to keep themselves occupied in the car so I reckon they just stare out the window, see things and then think of the most random question to ask me about said things.

When I arrived at my mother's out of curiosity I asked Google what butterflies eat and it turns out that they eat  flower nectar, sap from flowers, rotting fruits, bird droppings and  animal dung. So, if your child ever asks you what they eat, you now have your answer.

I actually think there should be a book with a huge list of questions that a four-year-old is likely to ask you. It would be fierce handy altogether! I would carry it around in my handbag all the time.

On the same car journey last Wednesday evening, Aidan asked me who built St Conleth's Church. So as I always do, I told him Bob the Builder did. This is wearing thin now though because he wasn't accepting that as an answer. I was informed that there is no way that Bob the Builder built all the building in the world. Fair point I guess. Aidan is anything but stupid!

So I then told him that just a builder built St Conleth's Church. “But what was his name mammy?” he asked. I told him I didn't know and he so wasn't impressed. “I thought you knew everything,” he said to me in such a disappointed voice. I felt like such a let down!

I looked online for the answer and actually couldn't find out who built St Conleth's Church. If you happen to know will you get in touch so I can inform the small boy!

Sarah, not yet three, asked me where babies came from the other day. Luckily I am able to fob her off much more easily.

She was informed that a mammy eats a seed like the ones in the middle of an apple and the seed grows in to a baby and then the doctor cuts the baby out. She was delighted to know where she came from and was telling anyone that would listen for days after! I just love the innocence.

She also asked me last week why bananas are foggy. This, I must admit stumped me. She said she had a foggy banana in granny's house and that it scared her!

I figured out that the banana was,  in fact, not foggy but soggy, or badly bruised to you and me!

Aidan is definately out in front though when it comes to the random question.

In the past he has asked me where he got his nose. I wasn't in the humour of going in to it too deeply so I just told him I bought it in Tesco.

There's a lamp post opposite the entrance to Dunnes Stores in Newbridge that damaged and bent over. Every single time we pass it he asks me who broke it. Without fail. I tell him that I don't know but he likes to speculate. So far he reckons a 'baddy' done it. Another day he suggested a donkey was the offender. You never know, there could be a random donkey doing the rounds and vandalising things when we are all asleep in our beds!

The latest theory on the bent lamp post is that the Incredible Hulk did it. In fairness, he is menacing and would have the strength to do it!

The funniest question I got recently was, 'mammy, will you wipe my bum?' Pretty normal for a four year old except he was standing in the petrol station in Tougher's with his trousers and underwear down around his ankles!

We went in for a coffee and were sitting down when he announced he needed the loo. He's very independent and insisted he was going on his own. I had no problem with that but I didn't expect him to come back out and ask me to wipe his bum with his pride and joy on show to all the people trying to relax and have a coffee and a scone! He's a gas wee man.