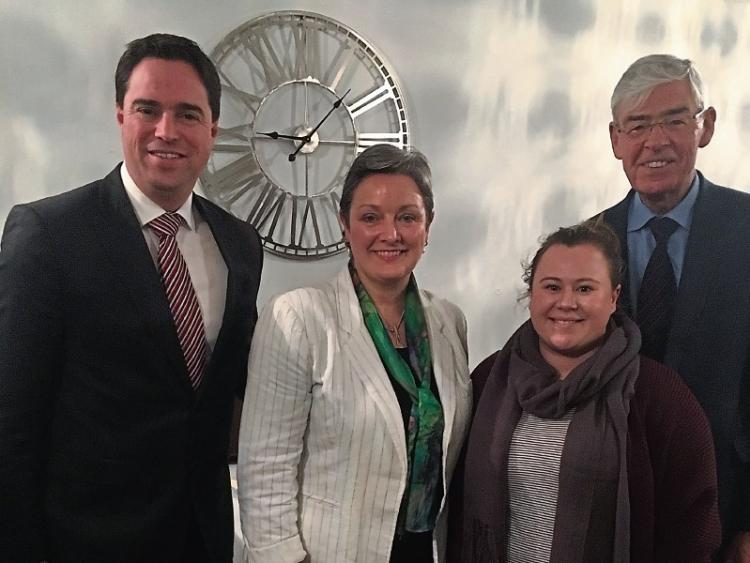 Dep Martin Heydon has been selected by Fine Gael members in Kildare South to be their candidate in the next general election.

The selection convention was held recently in the Crookstown Inn.

“It is an honour to be selected by the members of Kildare South Fine Gael to contest the next General Election. I am proud to represent the people of Kildare South as part of this Government and I want to continue to do so,” he said.

“The past few weeks have provided much uncertainty but I am glad that an election was averted, an election that no one wanted.  As a Government, we are focussed on the Brexit negotiations, both phase one and phase two.  There is important legislation to pass – including the Finance Bill and Appropriations Bill, legislation for public sector pay restoration and pension and social welfare increases. The Oireachtas Committee on the 8th Amendment must also continue its work to pave the way for a referendum next year.  All of this work would have been halted with a snap General Election.”

He said at a local level he will continue to prioritise the ring road for Athy, which the Taoiseach recently confirmed that Government will fund for completion; funding for endoscopy unit for Naas Hospital, and the need for a new secondary school for Kildare South as just some of his goals.

“The Electoral Amendment (Dail Constituencies) Bill is going through the Dail at present to amend the Dail Boundaries to take account of report of the Boundary Commission published last June.  Once that is passed into law, Kildare South will become a four seat constituency taking back the returning areas of South Kildare including Monasterevin, Churchtown, Kilberry and Kildangan that were moved to Laois and welcoming new areas from Portarlington in Laois and Offaly and Derrinturn and Carbury from Kildare North,” he said.