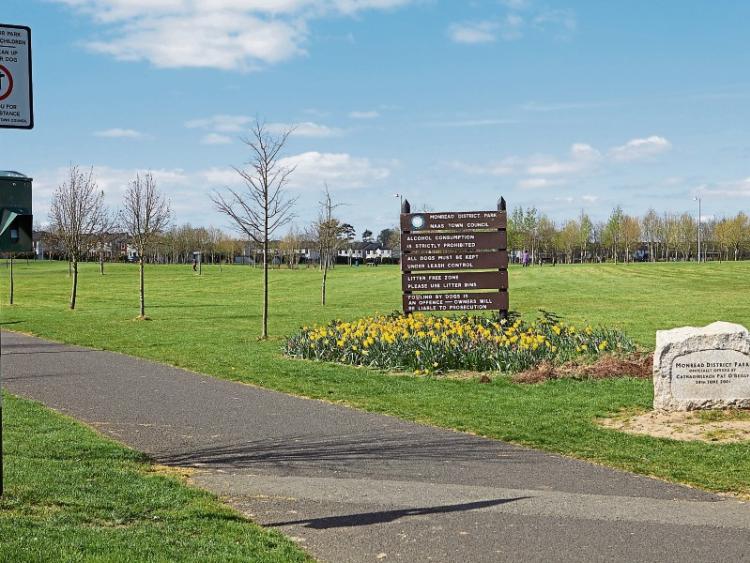 It is more than a pity that complaints continue to circulate about anti-social behaviour at Monread Park in Naas. A pity too that some people use the park as a venue for drinking.

Monread Park is among Naas’ foremost amenities and was an imaginative, if necessary (given the scale of residential development in the area) project.

There is a playground there, various walking and running routes cut through the grassland and small wooded areas.

It is also pretty well maintained by Kildare County Council, not to mention Naas Tidy Towns (who organised a clean up in the areas with staff from Kerry volunteering their labour) and it comes with a car park.

It is surrounded by residential development and yet anti-social behaviour continues to a problem.

The playground, located more or less in the middle of the park, has been used as an open air bar by people much too old for the swings and slides.

There are about 6,500 people living in the Monread area but it’s visited by people from all over the area and other places, notably Sallins. There are plans to develop a dog park there - an area where dogs can be left off the lead in safety.

It’s been criticised by local councillor Darren Scully as being in a bad state of repair. He wants money invested in it particularly in the playground and some other councillors like Cllr Carmel Kelly feel the playground should be moved closer to the road.

Cllr Scully says the issue is symptomatic of “a lack of focus” for Naas from within Kildare County Council and said “we need to start putting our foot down.”

Another councillor Seamie Moore criticised the drinking that takes place there and said that “a lot of them are not from the locality.”

There’s a history of ASB at Monread Park.

In 2015 a memorial to the victims of suicide was erected but moved after complaints for local residents who were fearful it would attract more ASB in the form of late night drinkers.

“There is anti social behaviour in this area all the time at weekends. People come in, sit and drink and leave bottles and cans behind. You can end up picking these items up - and that’s after listening to people at all hours. I’ve been on to the gardai many times and I’ve been woken early too often. That’s why I went out and complained when the (original) area was being prepared for the memorial. I was prepared to stand there as long as necessary. The park is a fantastic facility but it should be used for the purpose it was intended, not for drinking, ” a resident told the Leader at the time.

She stressed the residents had no difficulty with the memorial - a tree and a seat - but the original location was too close to the main road and therefore too close to some residents, especially those in Dun na Ríogh.

At Hallowe’en, a once yearly opportunity for some to turn high jinks into bad behaviour, there was more undesirable activity in the park. Residents said fires were being lit, fireworks being let off and bikes “being driven around”, before October 31. Fears the situation could worsen as Hallowe’en approached led to Fianna Fail TD James Lawless calling for the gardai to get involved by increasing the number of patrols undertaken in the area and to monitor the park itself more closely.

“Residents have to live with this ongoing anti social behaviour. This has caused a great deal of stress,” Deputy Lawless said.