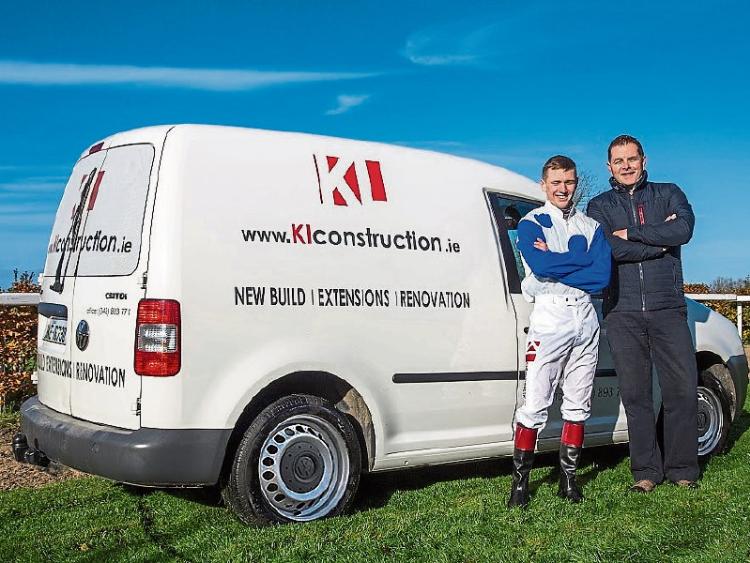 A Clane company was celebrating recently when a jockey it sponsored became Champion Jockey.

He had already clinched the title at Dundalk last week with former champion Pat Smullen mathematically unable to surpass Keane’s win tally. At Naas on November 5, a double brought Keane’s tally to 100 and celebrations were not muted in the corporate box of Colin’s personal sponsor, KL Construction.

Karl Lyons, MD of KL Construction: said: “We have been personal sponsors of Colin’s for the last three years and would like to think we have been an integral part of building this success.