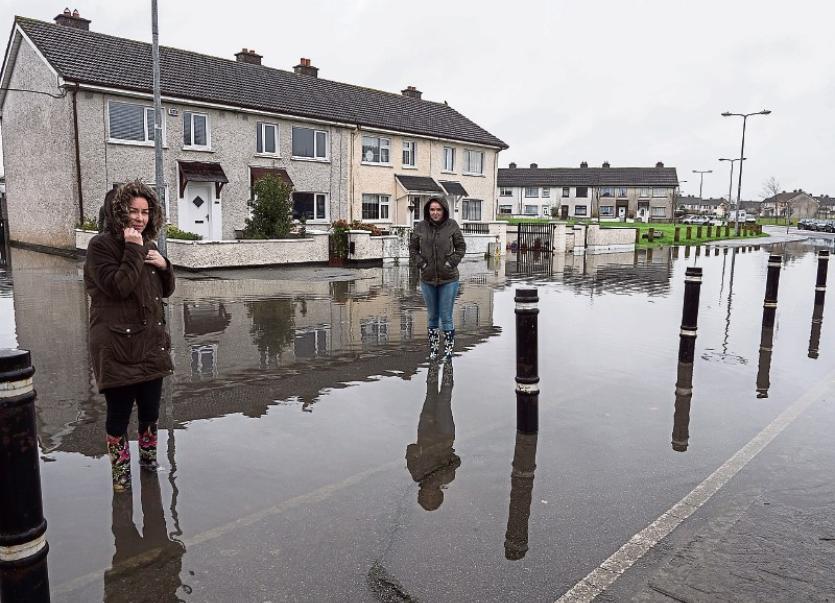 Residents of a Newbridge estate, who were once again hit by sewage floods last week, have called a public meeting tomorrow night, Wednesday, November 29.

“We are just so fed up of this at this stage, it’s being going on for thirty years,” said Residents Association chairman Joe Burke.

“Residents were out yet again sweeping sewage off the paths. It’s terrible.”

This is the second time within three month's that this has happened. Sewage floods occurred in the estate last August, but not to the same extent as last week.

Question marks hung over the €300,000 works carried out by the council to alleviate the flooding problem.

However, the council stressed the works did hold and the problem arose last Wednesday for a different reason.

It released a report carried out by a consultant in the immediate aftermath of last week's flooding. The report notes the problem arose on the morning of November 23 “following a severe rainfall event with 45 to 50mm of rainfall, most of which fell over a six hour period”.

“The flooding was caused by debris blocking a trash screen located in a property next to Dara Park owned by Irish Rail,” said the report.

The council said it is working with Irish Rail to ensure the problem does not reoccur.

Residents in Dara Park have invited politicians, officials and Irish water to attend the meeting at the Newbridge Family Resource centre at 7pm.