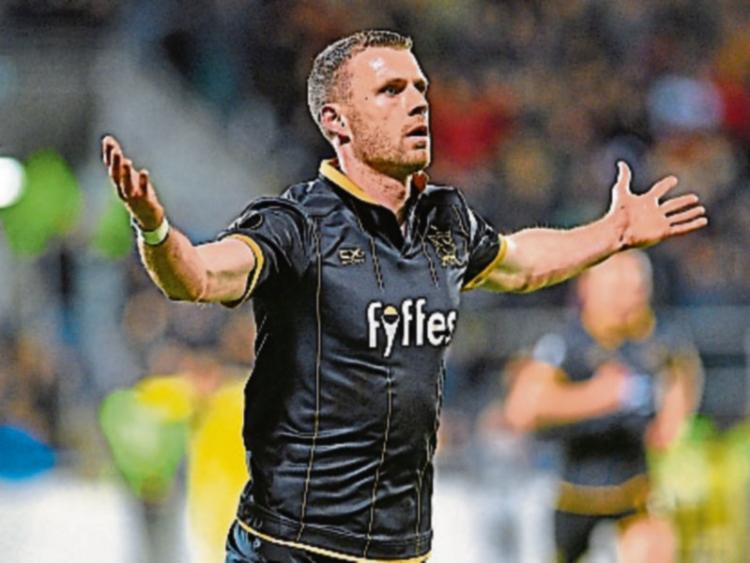 Ciaran Kilduff (29) is a professional footballer from Kilcock, currently living in the US.

Ciaran is the son of Kevin Kilduff originally from Maynooth, and Helen, born and raised in Kilcock. He has two sisters, Aisling and Elaine.

In July 2017, Ciaran signed with Jacksonville Armada of the North American Soccer League. He now lives in Florida with fiancée Sophie, and daughter Ella.

He previously had ties with Shamrock Rovers and Dundalk.

I suppose my dad used to always play football with me on the green around Courtown Park in Kilcock. That was the estate I lived in all my life, until I bought my house. Growing up playing football on the green with my dad, and some of the other young kids around the area would be my first memories.

Home is where my family are, all my friends are still in Kilcock, my fiancée's family are literally in Celbridge and we have our own little daughter as well, and Kilcock will always be her home too. We really love living in Kilcock.

WHAT DO YOU LIKE TO DO IN THE COUNTY?

I think now that we’re home (for Christmas), we appreciate more of the little things we miss, like having family on your doorstep. There’s nice areas around Kilcock at the minute, there’s Donadea and the Clonfert Pet Farm for Ella. We tend to keep busy around these parts. You’re not too far away from anywhere when you’re in Kildare, and I think that’s the beauty of it.

I think they always support their own. They’re passionate about their sportspeople,  they’re proud of their own. and I’m proud to be from Kildare.

WHO WAS YOUR INSPIRATION GROWING UP?

100% my dad. He was the most influential figure. My love for soccer, and then obviously making a career out of it, comes from my dad because he was soccer mad.

HOW HAS THE MOVE FROM KILDARE TO AMERICA BEEN?

I’m loving it. It’s a complete change of scenery, there’s a different way of life.

I’m just happy to be part of it. It’s an opportunity I never really saw coming in terms of my life. I always wanted to, growing up as a footballer, play for Ireland, I never got that far but I had some amazing career moments.

But home is home.  It’s a great experience for us out here, and we are enjoying it but there is  no place like home.

WILL YOU SETTLE IN KILDARE?

I definitely see myself living within the Kildare borders.

Scoring the winner in the Europa League in 2016, and the equaliser the week previously, for an Irish team to register points on the European stage for the first time, and to be the goal scorer on both occasions for me, I think that was my highlight.