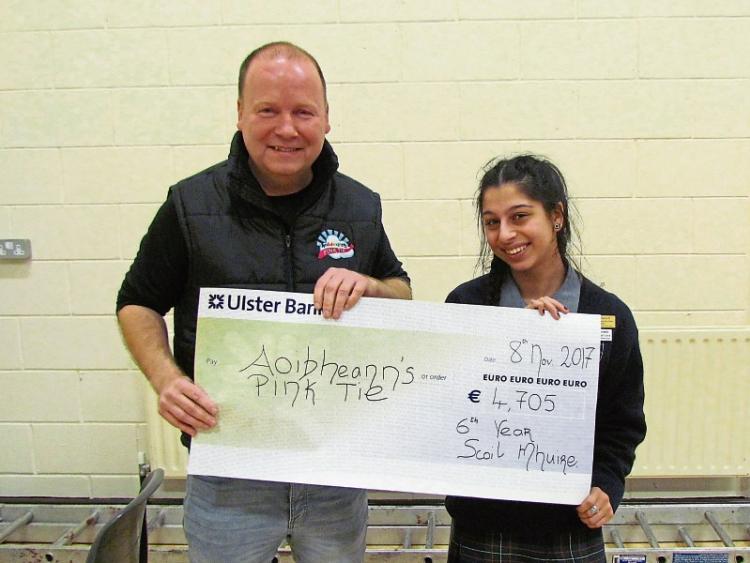 Mick Rochford from the charity came to the school for the presentation.

Aoibheann’s Pink Tiee, which is a national children’s cancer charity was set up in 2010 by Mick Rochford and Jimmy Norman after the tragic loss of Jimmy’s daughter Aoibheann to cancer, aged just 8.

When Aoibheann passed away the men wore pink ties at the funeral which was Aoibheann’s favourite colour. The charity was formed in her memory.