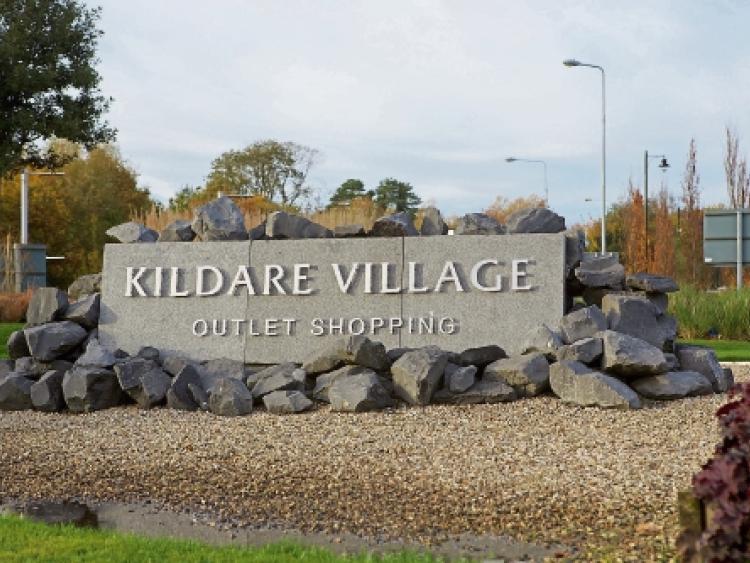 Last weekend saw a massive surge in customers to Kildare Village for their annual pre-Christmas sales weekend, with reported queues on the M7 southbound for several kilometres at one point and all of shopping outlet’s car parks full by mid-morning on both days.

Shoppers were seen queuing out of the doors of some stores for an extra 20 per cent off the discounted goods, as part of the sale which ends this Sunday (November 19).

A media statement to the Leader in the wake of the large volumes of traffic at the weekend said that a traffic management plan is in place with three extra car parks for the event, bringing the number up to eight with two park and rides operating from the National Stud and Whitelands Business Park.
“We are monitoring it closely on the M7 with local gardai and with Kildare County Council,” said a spokesperson.

Meanwhile, Kildare Village has prepared an application for an events car park on the Grey Abbey Road to combat traffic increases at sales weekends as part of their plans for Phase Three of the Village, lodged last April.

Concerns were raised by the Transport Infastructure Ireland (TII), who made a submission to KCC regarding increased traffic to Phase three of the discount retail outlet, especially during sales events.

In their submission, TII state that no traffic analysis has been undertaken to assess the impact of exceptional traffic loading associated with sales events by Value Retail’s plans for phase three, which will include spaces for 460 cars .

They cite poor queue storage within the development and the potential impact of long queues on the M7.

As part of a further information request made by KCC following the submission, Value Retail carried out a full traffic analysis for the opening in 2019 and for further down the line in 2024.

Itpredicts that traffic will be up by 18 per cent at peak times during the opening year of the proposed Phase Three development in 2019.

However, they conclude that this will not impact upon the capacity and operational efficiency of the national road network.

One area of concern was the signalised junction at R415/ R445 from traffic build up in the town turning into the outlet centre by 2024.

However, the addition of the events car park on the Grey Abbey Road, adjacent to the development, could alleviate this.