'It's Just A Phase' column 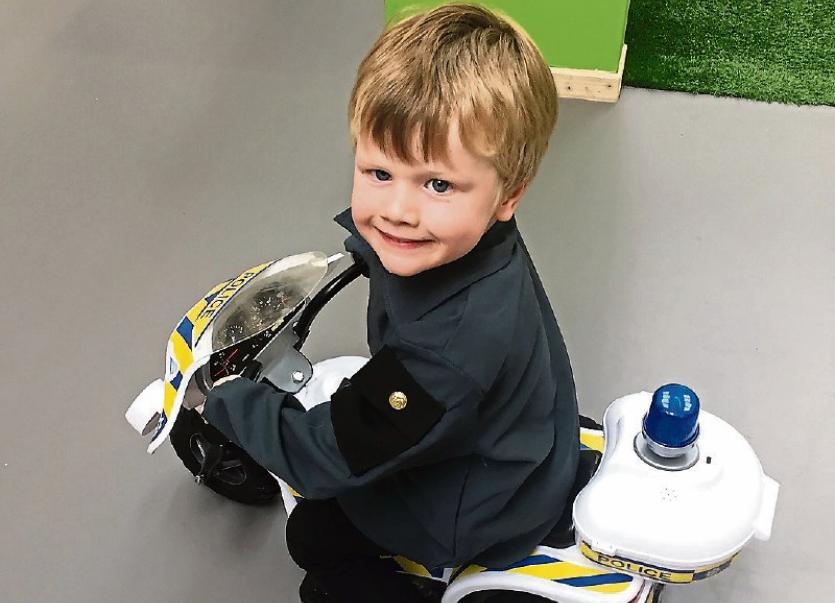 Young Aidan was up to mischief before Halloween

I felt like the Wicked Witch of the West on Halloween night. Not because I was dressed up as one, but because I didn’t allow my four-year-old son go out trick or treating with his little friends in the estate.

For the first time in my parenting life I properly did the whole discipline  and following through on a threat and I must admit it was hard. Incredibly hard.

The previous evening Aidan had misbehaved. Properly misbehaved. He was out in his Nanny Chamber’s garden playing with his two older cousins when suddenly they all came running in. It turns out that Aidan had threw a big stone and smashed my sister in law’s car window.

I don’t believe for a second that he intended to break the window, or even aimed it at the window. However, he is constantly told never to throw stones so he should have known better.

When he realised how much trouble he was in, the hysterical tears arrived. We tidied up the broken glass, patched up the car window and then promptly got on the road home to Newbridge. Aidan was distraught because he wanted to continue to play with his older cousins. He idolises them you see!

On the drive home myself and Daddy Chambers had a good think as to what his punishment would be. And then it dawned on me. Trick or treating! And that was that, he was told he was banned from going and also banned from watching TV for the rest of the week.

The following morning Aidan arose and it was like nothing at all had happened. When I reminded him of the misdemeanor and asked him if he sorry for what he had done. He informed me that he was sorry, but in the same breath asked me to put a cartoon on the television. When I said no, he was genuinely startled.

Why? Because I’m absolutely rubbish at following through on threats. I’m a discipline wimp. Most of my threats are empty ones. The kids know that too and that’s why he was so taken aback by me refusing to let him watch the TV.

I’ve lost count of the amount of times that I have told the kids that I was turning off the TV if they didn’t do X, Y or Z but didn’t follow through. When we are out I tell them not to run away from me or we are going home.

Except that when they do in fact run away, I don’t go home. I tell them that if their behaviour doesn’t improve then one or either can’t go to so and so’s birthday party at the weekend. They still always end up at the birthday party though.

However, last week's mishap with the rock and the car window was a step too far. It was dangerous. Imagine if someone was in the car. Imagine if he had whacked one of his cousins with the rock. There had to be consequences.

I just hope now that I’ve finally followed through, that he learns  that it won’t be tolerated. I felt so bad for him as he looked out the sitting room window at everyone out trick or treating. On a personal level it would have been far easier for me to stick the TV on in the morning while

I got ready for work. I didn’t though. I’m giving myself a pat on the back for that. I know Rome wasn’t built in a day but I’m really hoping that this will make him think before he does such silly and dangerous things like throw rocks.

I know full well he was trying to impress his cousins but I’m hoping from here on in that he tries to impress them in other ways. Do you remember the car incident a while back? He’s always up to something is Aidan!