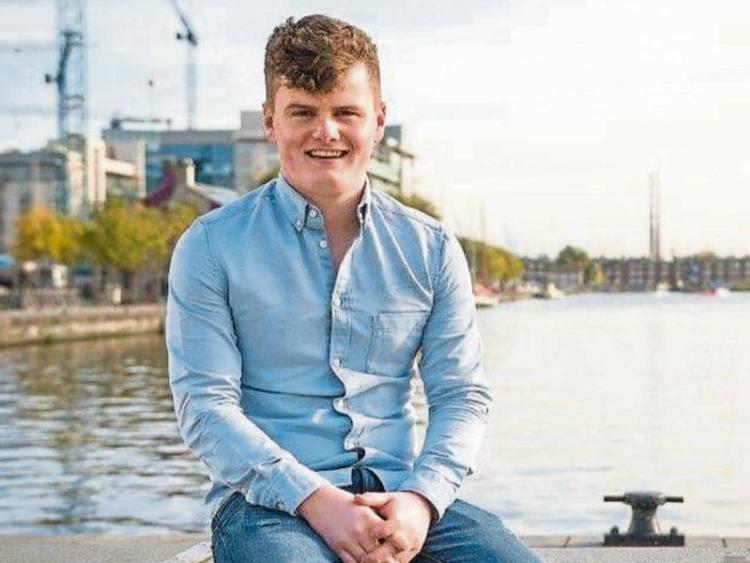 Harry McCann from Clane is an entrepreneur who founded the Digital Youth Council.

Harry (19) is the son of Stephen and Diane. He grew up in Clane with his three siblings, Eric, Alex and Lucy.

When he was just 15, Harry set up KidTech— a successful business aiming to teach the next generation technology. He has scooped many awards, including recently being named as one of the world’s most outstanding young people, by Junior Chamber International.

He is currently studying a part-time broadcasting course in Ballyfermot College of further Education.

I suppose it’s probably GAA, going to the Cúl Camps as a kid. I remember doing that.

I loved it, I always really enjoyed growing up in Clane. Kildare generally I think is a great spot. You don’t feel like you’re too far away from the city but you’re also not close enough to be a Dub!

So many things are close to you, I suppose the best of both worlds in a sense.

WHAT DO YOU THINK GIVES KILDARE ITS UNIQUE IDENTITY?

That we try so hard not to be Dubs! The people are so happy being from Kildare, and have a lot of pride.

I love the Kildare Village Outlet, it’s a great spot. There’s also not many bad places to go out on a night out, there’s a good few spots and there’s a great atmosphere generally.

There’s some great places in Naas and Maynooth.

WHAT IS YOUR IDEAL DAY OUT IN KILDARE?

Probably go to Kildare Outlet, try get in before all the tourists get in! Then after that go grab lunch at the Westgrove.

Then head out to Naas.

IS THERE ANY FAMOUS KILDARE PERSON THAT INSPIRED YOU GROWING UP?

Johnny Doyle was always around when I was growing up. He was just so passionate about what he did.

He was always very committed, generally, never mind the skill on and off the pitch.

IF THERE WAS ONE THING YOU COULD CHANGE ABOUT THE COUNTY, WHAT WOULD IT BE?

If you want the cheesy answer, absolutely nothing! But a bit of extra public transport wouldn’t go astray.

It’s not bad where I am, but it would be nice having a bit extra.

YOU MAY ALSO BE INTERESTED IN..  Kildare Town musician, TJ Sweeney (16), has sights set high