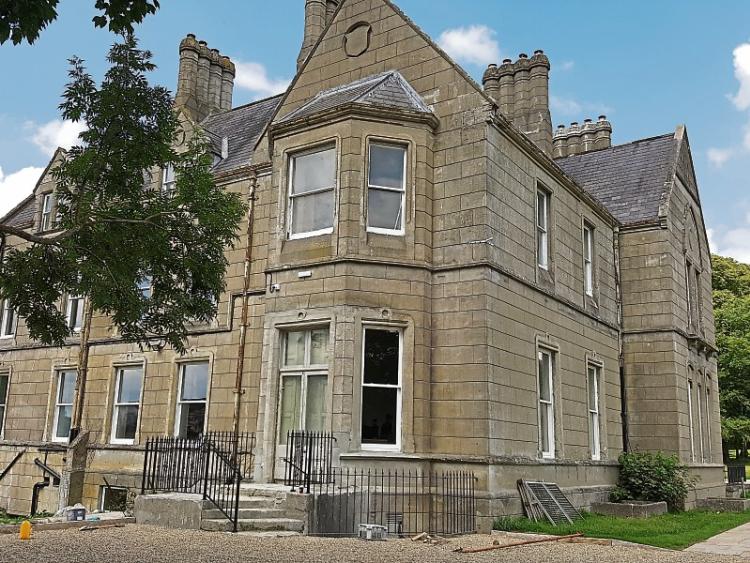 Firmount House, now a cafe but recently the scene of two well-attended searches for spirits

Owner Eilin O’Carroll said: “From the feedback we have received to date, it went well. On both nights there was a mix of sceptics and believers. The believers believe they met several ghosts including a matron from the TB era and a stately man. They want to come back to do another one. So they had a super time.

“Several of the sceptics said they were given pause for thought as several things during the evening were unexplainable. And then there were a few who remain sceptical and just had a bit of fun.”

Ms O’Carroll said: “I think NIPRA are professional in what they do and believe in what they do. They have been to the house a few times now and believe we have a few resident spirits. I haven’t experienced them but neither do I want to.”

The Leader was present on Sunday, October 29, the charge for the general public was €35 per person. This reporter is sceptical but in the “pause for thought” zone.

Ms O’Carroll said NIPRA believes the Christmas period is a period of heightened spiritual activity. “We are discussing doing one event before Christmas as there is so much interest — this, as with the past two events.”

NIPRA, which conducted the tours on October 25 and October 29, said: “We are a spiritual based group but we still look for logical reason first. If it is a true haunting then the spirit will let us know.”