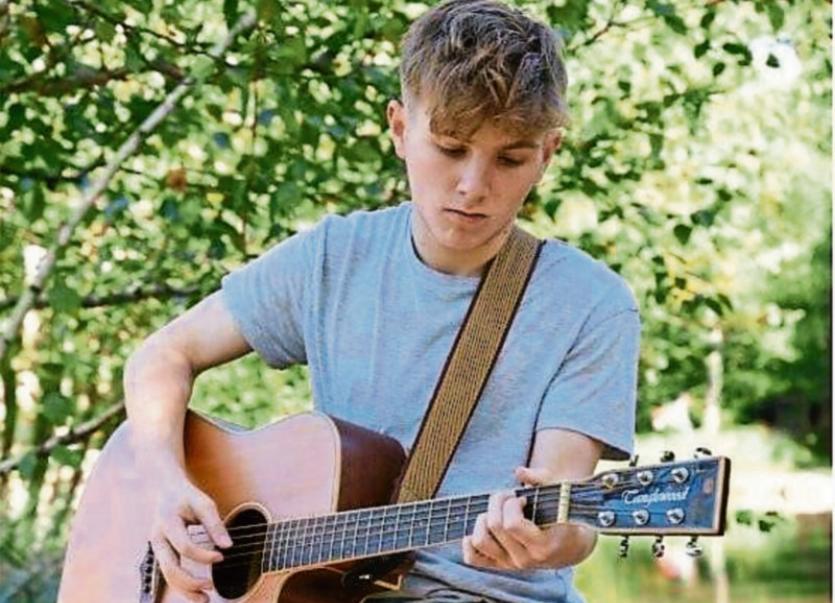 He was scouted out by an agency at the tender age of 15, and a year later has just released his debut single.

Within a matter of hours on October 27 last, Footprints by Kildare Town’s TJ Sweeney had hit number one on the iTunes singer/songwriter charts.

For a time, TJ was outselling Gavin James’ new single 'Hearts on Fire' on the overall charts. The Leader caught up with him a few hours after release.

“I don’t think it actually has sunk in yet, I think I was in a lot of fear because Gavin James was bringing out his new song today, but it’s just crazy.”

He said the support from the town has been great.

“It’s been brilliant. I’d be walking up town and people would stop and talk to you, and congratulate you on how things are going. It’s a great town.”

TJ added that music was always something he wanted to do.

“It was just always what I enjoyed doing from when I could speak. I started to learn guitar when my grandad played. He only knew three or four chords, and I saw him playing.

“He couldn’t really teach me because he wasn’t confident enough in what he had there, so I went off got my own guitar and learnt it myself.”

Compared to Niall Horan, TJ was offered a development contract in November 2016, with the Independent label, Shadowhawk Group, who had scouted him out through a video on Facebook.

“They came back and asked me to go to Ballymun where they’re based for an audition, and I went up and sang a few songs for them.

“We sat down and had a chat about myself and what I’d like to do. And they offered me a development contract.
“I signed the development contract and they were just going to develop my social media and things like that before we were to release a single. They spoke to the label Shadowhawk Records and we signed a contract for release.”

TJ is currently a fifth year student in Monasterevin, and says at the time when he was offered a contract he was worried.
“Oh very, and I still am really worried about it but I feel like I know what it is that I’m scared of but I think I’ll be able to handle it hopefully.

“I always believed that the passion I had for it that maybe one day I could get a little something out of it, but I’m 16 and I’m looking at it like ‘oh god this is crazy’.”

He had a number of musical influences growing up.

He pondered when asked who he would love to go on tour with, given the chance.

“I think maybe Ed, because I think Ed would be the best craic. He’d be a lot of fun.”

While X Factor is a great platform for getting noticed, TJ said it wasn’t a route he wanted to take.

“No never. Well when I was a young lad I would have looked and said Oh I wanna do that really, really badly. But then when you get older and hear some of the stories, I’ve been advised away from it a lot.

“I feel like everything happens for a reason always, so even if it’s a negative thing I always try and pull a positive from it. And I think everyone goes down their own paths. If this doesn’t work out, it doesn’t work out.”

However, two boys reaping X Factor rewards at the moment are Sean and Conor Price from Blessington, and TJ said he is a big fan of them both.

“I love Sean and Conor. A lot of people, especially lads my age, would absolutely envy that. I think it’s great for other guys that are playing that don’t feel like they can go anywhere.

“Two lads from Blessington putting videos up on Facebook and now Simon Cowell telling them they’re going to be the next big thing, I think it’s brilliant and I’m delighted for them as well.”

With regards school, TJ is just taking it how it comes.

“I’d love to be able to have a Leaving Cert there that I can go on and study lots of different things, but at the end of the day this is my priority at the moment.”

TJ doesn't know what the future holds, but one thing is for sure for him: “I think wherever I am I’ll be making music”.