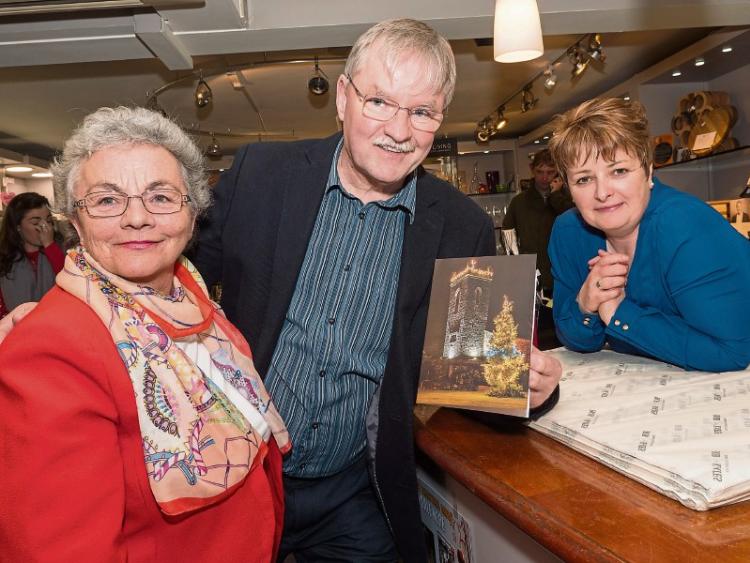 It’s that time of year again!

Among those present was singer/entertainer, Mick Dunne, who sang the Clane anthem.

This year, the organisers, the St Patrick’s Festival Committee have produced six cards, which are selling in a group for €4, or at €1 each.

At the launch, attended by Mayor of Kildare, Cllr Martin Miley, and others, organiser, Mary Dunne said they looked at six new cards this year and have not repeated last year’s cards.

They were grateful for the sponsorship of the Westgrove Hotel and others.

Last year it was thought they might produce, once again, the popular photo of the premises of the late Jim Malone, but they decide to do new cards for this year.

One, with a scrabble type design, has been produced by Mandy Connolly, whose business, Izubee, does personalised gifts.

A photo from John Egan and shots by Paul Whelan (one along with Niamh Dunne) are also included. One of Paul’s shots is of the head group at the St Patrick’s Day parade, including Clane Mayor, Dessie Marron.

An aerial photograph of the town centre by Dessie Boland is also among the cards.

All funds raised from the sale of the Christmas cards will go directly to the St Patrick’s 2018 Festival.

The theme for next year’s festival is the The Swinging 60s.