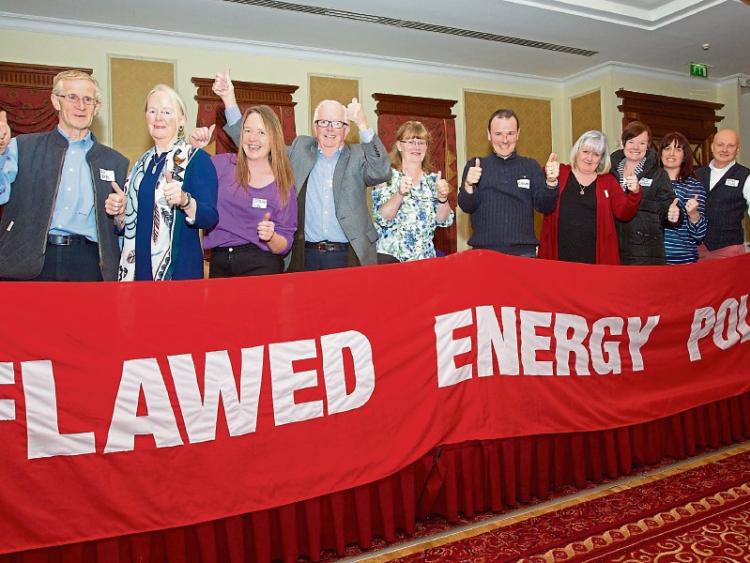 Some members of the group after the original decision was made

Campaigners against Kildare’s first ever proposed wind farm have vowed to fight on despite the High Court’s decision to quash An Bord Pleanála’s decision to refuse it.

Last October, the planning authority gave it’s verdict on Element Power’s Maighne Wind Farm, which would have provided for 46 turbines in Kildare and one over the Meath border.

The judgment, which was issued at 2.30pm this afternoon, came as no surprise to the Kildare Environmental Awareness Campaign group (KEAG), according to spokesperson, Shelia O’Brien.

“It now has to go back to the board for reconsideration. We will be calling a public meeting as soon as we assess the judgment and all the information.”

She accused Fianna Fail and Fine Gael of being in “cahoots” by pushing the wind agenda.

She said there has been no Strategic Environmental Assessment done on a national level in relation to energy policy.

Ms O’Brien also said that the way noise is measured in the planning application did not take account of more sensitive wave lengths.

She said the board would have to request further information from the applicants Element Power.

She questioned whether those, who made submissions on the original planning file, would be allowed to respond to that information.

Element Power has said it will not be commenting while the planning process is ongoing.