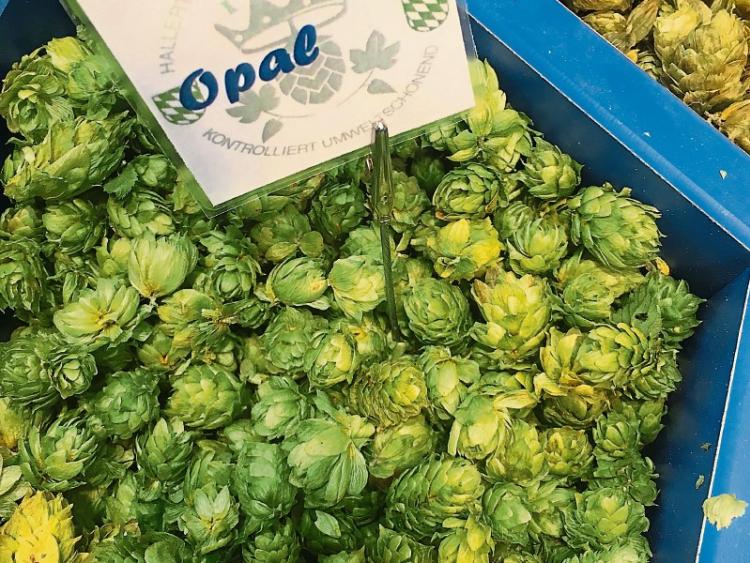 Hops have become an essential component in beer, but in the history of brewing hops are a relatively new addition.

They add flavour and bitterness while also helping with head retention.

What’s more, they have proven antimicrobial and antioxidant properties, which help preserve the beer and keep it in good condition.

This time of the year is harvest time for hop farmers. Across the hop growing regions of Europe, verdant hop plants reach way into the sky, ripe for harvesting.

Beer has been around for a long time. There is documented evidence of beer production from at least the 5th millennium BC, whereas the first documented link between hops and brewing is only from 822AD.

Abbot Adalhard of the Benedictine monastery of Corbie, in Picardy in Northern France, wrote a series of statutes on how the abbey should be run.

The essential duties described included gathering of firewood and hops; this implies that the hops used at this time were wild rather than cultivated.

Adalhard also wrote that a tithe (or tenth) of all the malt that came into the monastery should be given to the monastery’s porter and the same with the hops. This linked hops with brewing rather than its other potential uses such as dye making or using the stems to make ropes or sacking, other commonplace uses for hops at this time.

But what exactly are hops? Hops are the female flowers (also called cones) of Humulus Lupulus, which is a creeping bine.

A bine climbs by wrapping itself around a support rather than using tendrils or suckers.

The hop flowers are sticky with resin and have a pungent aroma.

This resin possesses two primary acids; beta acids which contribute to a beer's aroma, and alpha acids, which act as a preservative and contribute bitterness when used early in the boil, flavour later in the boil and aroma in the last minutes of a boil.

So the timing of the addition of the hops in the brewing process has a marked effect on the characteristics that will come for the hops.

Today hops are mostly grown in the United States, New Zealand, the United Kingdom, Germany and the Czech Republic.

There are some growers successfully cultivating small amounts of hops in Ireland, but hops are prone to mould and mildew which makes them challenging to grow in our humid climate.

There are constantly new varieties of hop being cultivated, which have selected aromas or bitterness traits.

The breath of aroma and flavours hops can impart is vast. It is not unusual for hops to give flavour and aromas of pine, mango, grapefruit, black pepper, pears, black current or pineapple to a beer, and so the selection process of which hops to use will have a dramatic impact on how the beer tastes.