Major clues on offer at the Curragh this weekend 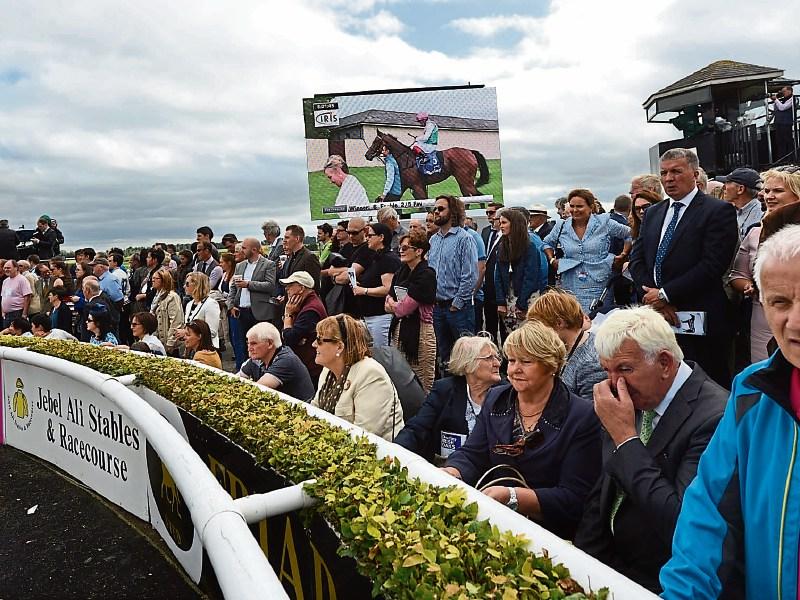 The 2016 Ascot Gold Cup winner Order Of St George will seek a third successive win in the Group 3 Comer Group Irish St Leger Trial at the Curragh tomorrow, one of the highlights of Longines Irish Champion Trials Weekend taking place at the County Kildare venue.

Joseph O’Brien saddles the leading St Leger hope, Rekindling, who got the better of Wicklow Brave in the Group 2 Curragh Cup last month. The strong line-up is completed by the Jim Bolger-trained Twilight Payment.

Sunday’s action features the exciting clash between the Aidan O’Brien duo of Happily and September in the Group 2 Breast Cancer Research Debutante Stakes.

O’Brien has won the race a record 11-times and has a strong hand for three-in-a-row here with the recent Leopardstown winner Happily being pitched in against her Royal Ascot winning stable companion, September. O’Brien has also included Cork maiden winner Magical, who is a full-sister to last years winner Rhododendron.

Godolphin are double handed in the Debutante Stakes with Jim Bolger’s Dawn Delivers taking her chance alongside the Willie McCreery-trained Mary Tudor who was beaten just a head by Magical on debut earlier in the month.

Also on Sunday’s card the Ger Lyons-trained Camelback, who was just half a length behind Keeneland Phoenix Stakes winner Sioux Nation when making his debut, will look to make it three wins on the trot in the Group 2 Galileo Irish EBF Futurity Stakes.

Jim Bolger’s Theobald has been runner-up twice in Group 3 company on his two outings and will warrant plenty of respect for a trainer with a good record in the race, while Aidan O’Brien, who won this race with Churchill last year, has declared, Berkeley Square, Coat Of Arms and Rostropovich.

After winning the Group 1 Pretty Polly Stakes at the Curragh last month with Nezwaah, trainer Roger Varian will return in search of more big race honours at the Curragh on Sunday with Central Square heading the field for the Qatar Airways Royal Whip Stakes.

Central Square will meet Shamreen, Reckless Gold, Qatari Hunter and Massif Central in a race that carries free entry to the Irish Champion Stakes for the winner.