A Newbridge estate has set up petition against a planned skatepark 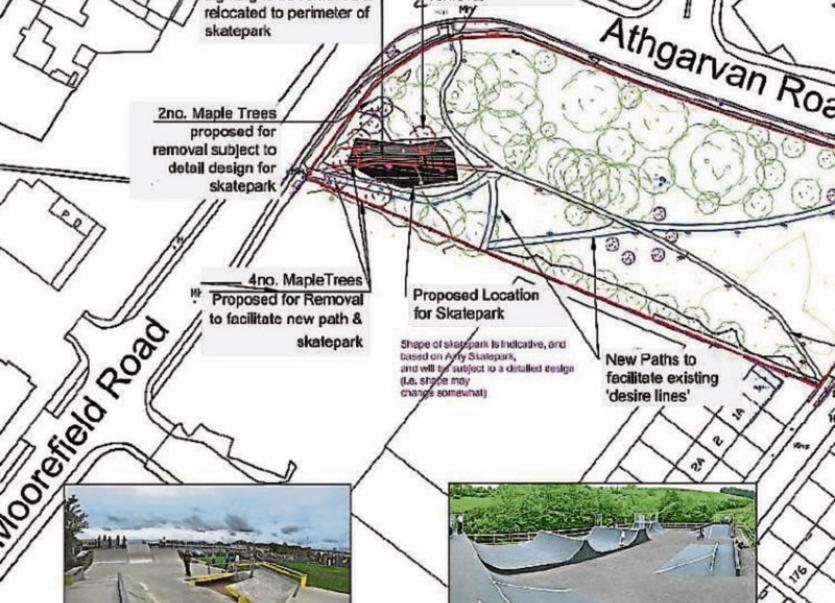 Over 400 people have signed a petition set up by a Newbridge estate, campaigning against a skatepark being being built at a local green area.

They say: “The Moorefield Park Green Area is all that is left of the original estate (Moorefield Estate) and should be preserved for historical purposes for future generations. However Kildare County Council and the local municipal councillors recently passed a motion to proceed with the development of the Green Area despite the objections of the local residents and concerned people from the town.”

The group said they had submitted their views as part of the Part 8 public consultation process.

“This petition was rejected by Kildare County Council and they simply ignored the concerns of the residents and are forging ahead with the destruction this beautiful Green Area.”

At previous council meetings, officials said the skatepark would occupy just 5% of the green area. They said it would be designed so that there were no hidden areas and would be close to the main road for passive surveillance.

Officials previously pointed out some of the trees at the park would have to be taken down anyway due to their current health status, whether or not the skatepark went ahead.

Some residents had expressed fears over possible anti-social behaviour, noise and parking. They also asked who would be responsible for its maintenance and supervision.

The councillors agreed to look at the possibility of installing CCTV there.

The skateboarders group had also said passive surveillance would prohibit any anti-social behaviour. It previously urged other residents to visit other skateparks to experience them for themselves.

The campaign to find a suitable home for a skatepark has been going on for years in the town.