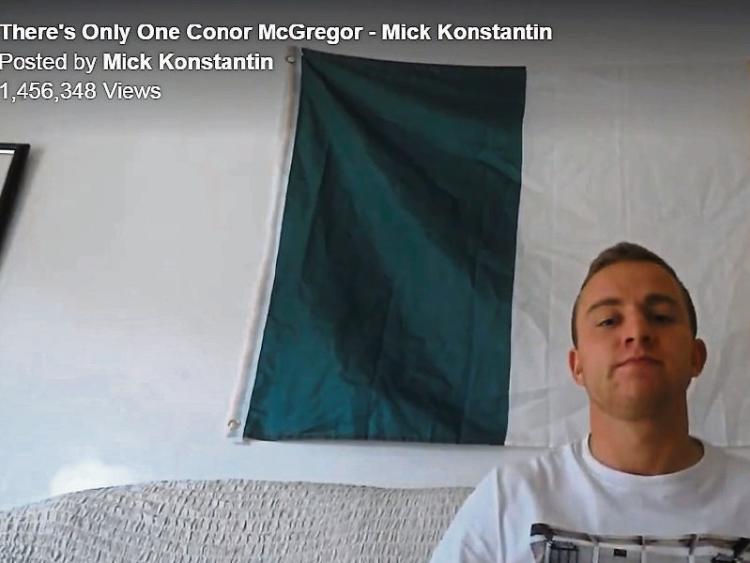 It has reached almost 1.4 million views in 16 hours and we can see why..

Titled “There’s only one Conor McGregor” it has been shared over 21,000 times.

He based the song around McGregor’s upcoming fight against Mayweather on Saturday August 26 in Las Vegas.

Mick is a singer/songer from Celbridge.

Some of the lyrics include: “And he's going to knock out Floyd Mayweather. So Floyd watch out cos the Irish are coming. You can talk all you want, buy you'll do nothin!”.

Take a look at the full video here: