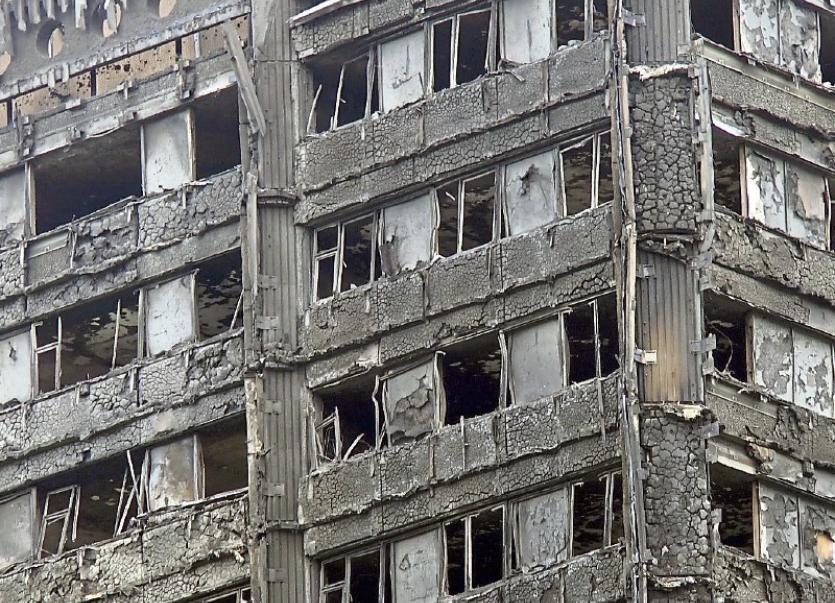 The devastation caused by the Grenfell Tower fire

A Newbridge man was pivotal in highlighting the dangers of the Grenfell Tower building months before the devastating fire, which took the lives of eighty people.

Speaking to Morning Ireland, Francis O’Connor, co-founder of the Grenfell Action Group, told of how he lived in the area for many years before returning home recently.

In an interview with reporter Louise Byrne recorded earlier this week, which was broadcast this morning, he told how residents had warned that fire safety issues in the bulding could lead to “a catastrophic event”.

Even after Mr O’Connor returned to Newbridge, he continued to highlight the problems, and he said he was even threatened by the council, who accused him of defamation.

He told how on November 30 last, he wrote on the Grenfell Action Group website that a “catastrophic event” would occur if action wasn’t taken.

Back in Newbridge, Mr O’Connor was following the Trump coverage on CNN when images of the Grenfell Tower came on screen.

When asked how he felt, given that the Action Group had been raising fire safety concerns for some time, he said: “Furious, I guess, because we weren’t listened to for so long, and somehow this catastrophe occurred.”

“I couldn’t believe what I was seeing”

When the images of his former estate came on screen with the fire raging, he said; “That hurt you know, and it still hurts, and I think this is maybe the first time I’m starting to feel my own pain about it, because I lived in that community for so long.”