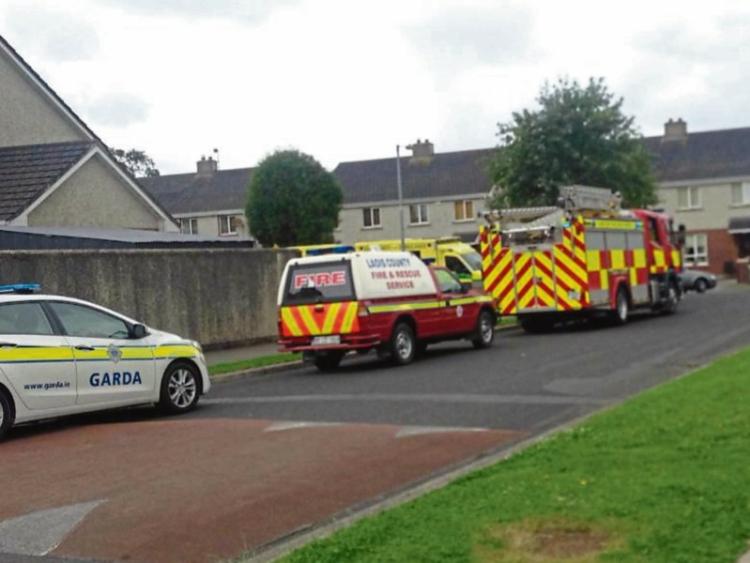 A firefighter who attended the scene of a reported explosion in a Athy house this morning has been taken to hospital.

Cllr Mark Wall was at the scene of the explosion, that happened just before 11am at Canal Walk.

The firefighter was injured while attending a large fire at the house.

“Our thoughts are with the person”, said Cllr Wall.

It is not clear as of yet what caused the explosion.

It is understood nobody occupied the house at the time, but the large fire took hold quickly.

Fire services were at the scene in a matter of minutes.

Residents in nearby houses were evacuated.

Around four fire tenders remain at the scene.

The owners are currently staying with relatives.