BREAKING: Cannabis worth half a million euros seized in Kildare town 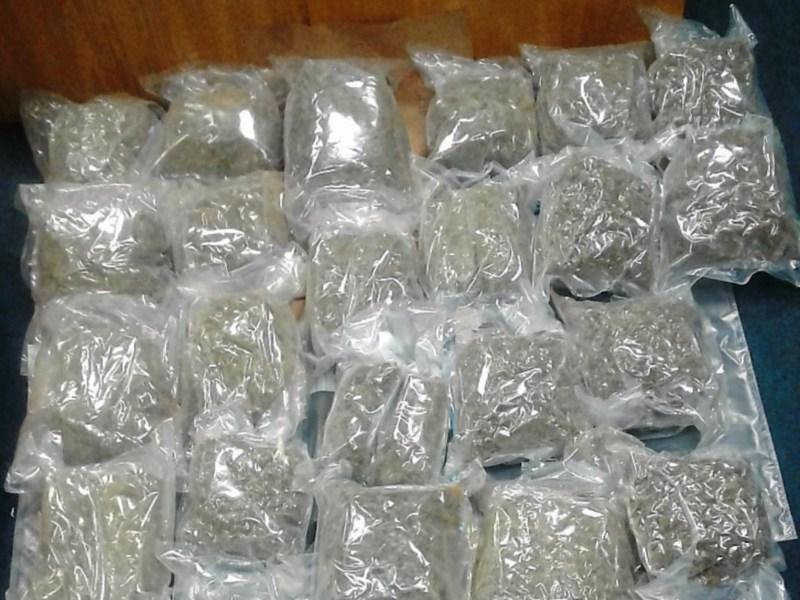 The drugs found in Kildare town yesterday. Photo via An Garda Siochana

Gardai have seized cannabis herb with an estimated value of €500,000 in Kildare town.

Some 25kg of the drugs was seized yesterday evening, Wednesday, April 5, following the search of two vehicles at a shopping centre close to Kildare town shortly before 7.30pm.

Two men in their late 30s were arrested at the scene. They are currently being detained under Section 2 of the Criminal Justice (Drug Trafficking) Act at Naas Garda Station.

The search was carried out as part of an operation targeting the illegal sale and supply of controlled drugs by gardai from the Drugs and Organised Crime Bureau supported by the Special Crime Task Force. 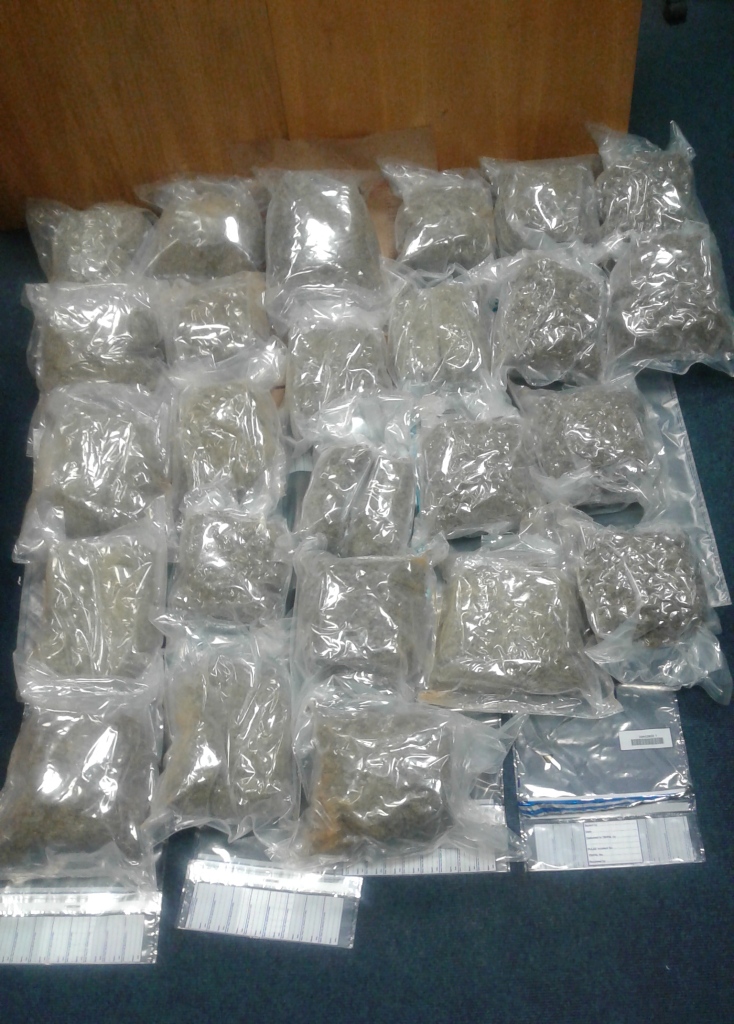