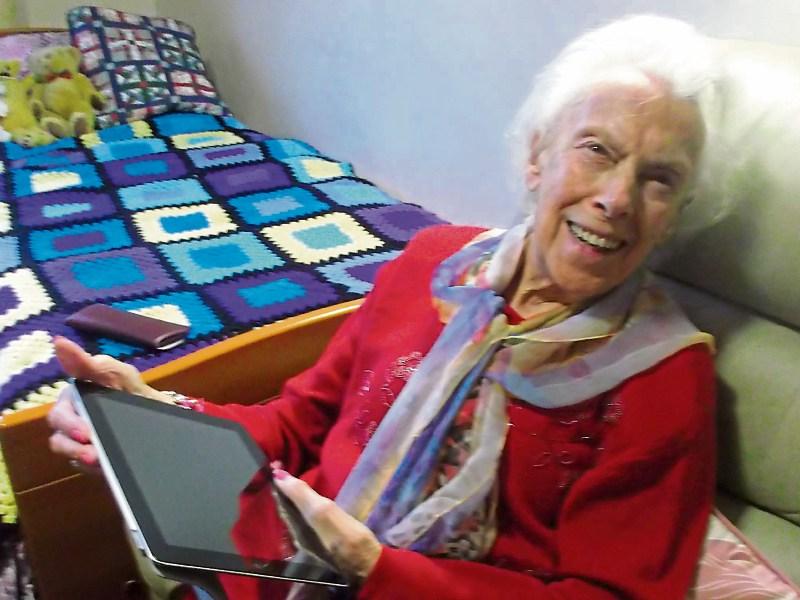 The 92-year-old is a resident of the TLC Nursing Home. She yesterday won the 2017 national Silver Surfer award, sponsored by Eir.

Doreen, originally a London woman,  uses her iPad to keep in touch with family all over the world, to shop online, and to identify the birds that gather in her garden. She’s a dab hand at Skype and Snapchat – not a problem for the woman who worked as a wireless operator during World War II.

TLC Nursing Home even had to install a WiFi booster for her room when she moved in.

There was a party yesterday at the establishment to celebrate Doreen’s national win.