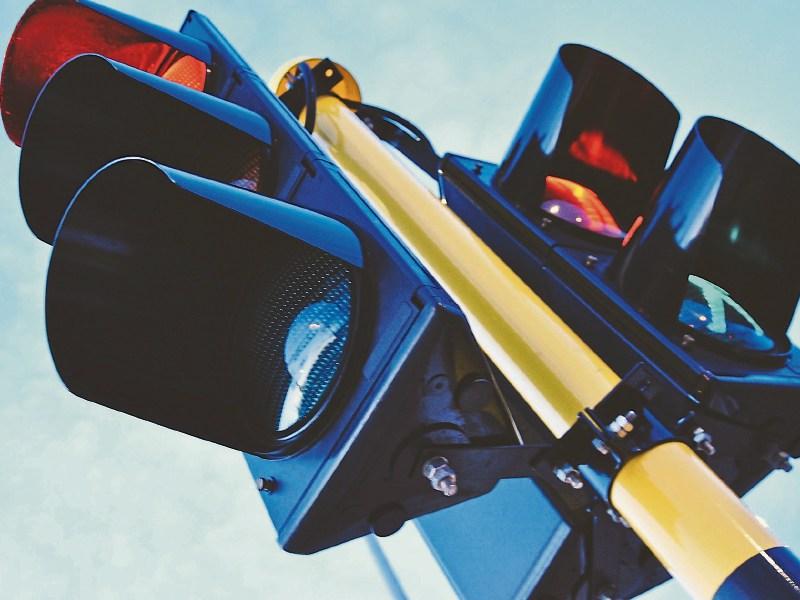 The lights are believed to have been responsible for major tailbacks on a recent Saturday, with lines of cars stretching out to North Kildare sports club and the motorway.

Cllr Paul Ward, who along with Cllr Tim Durkan, asked about problems with the new lights, said: “People are asking us, is it fit for purpose?”

He said at yesterday’s Maynooth District Meeting that he wanted a review of the lights prioritised. “Cars have been backed up to the Courtown road. I never saw that before,” he said.

He said a review should indicate any problems and what is to be done to resolve them, “however unpalatable it is to the Council.”

Cllr Durkan said there were “nothing but complaints.”

He said traffic had backed up to the north Kildare sports club and the motorway. “Is there a problem? It is causing mayhem.”

Cllr Brendan Weld said business people have said they are being affected by the lights.

Officials said the lights, built as part of the Dublin to Galway Greenway Project, said the signals will allow for the safe controlled crossing of pedestrians, cyclists and vulnerable road users “at this busy junction.”

“The traffic signals initially were operating under a temporary “Fixed Time” mode. Running a fixed time mode is essentially estimating the green time demand for each stage during each cycle of the signals at various times of the day. Following the installation of traffic sensors, the signals were programmed to operate VA (Vehicle Actuation) which improved the operation and efficiency of the traffic signals. MOVA (Microprocessor Optimised Vehicle Actuation) is being validated on site on 2 March/3 March and MOVA control will maximize the efficiency and operation of the traffic signals. As with any new signalised junction there is an initial bedding in period for road users to familiarise themselves with the operation of the junction.”

Cllr Padraig McEvoy said that the problem had reduced but he asked that the Council put up signs to direct traffic in and around the town via preferred routes.

Cllr John McGinley said he understood there was only to be pedestrian crossing, arguing there was no mention of traffic lights in the initial plans. “It was not conveyed to councillors,” he said.

Cllr Reada Cronin said she had no issues with the pedestrian crossing but felt there was no need for traffic lights.

She said the Council had previously installed and then removed traffic lights at the bridge in Celbridge.

Area Engineer, Jonathan Deane said the initial plans in the so called Part 8 scheme were for a pedestrian and cycle crossing.

He said that there would be tailback at certain periods anyway, particularly on Fridays and between 18.00-19.00 hours on other days. “People have forgotten that.”

He said they “have not deviated from the plan.”

He said they could not explain the very long tailbacks on Saturday, February 18. The lights were on fixed time.