Thousands in damages to clubs and businesses 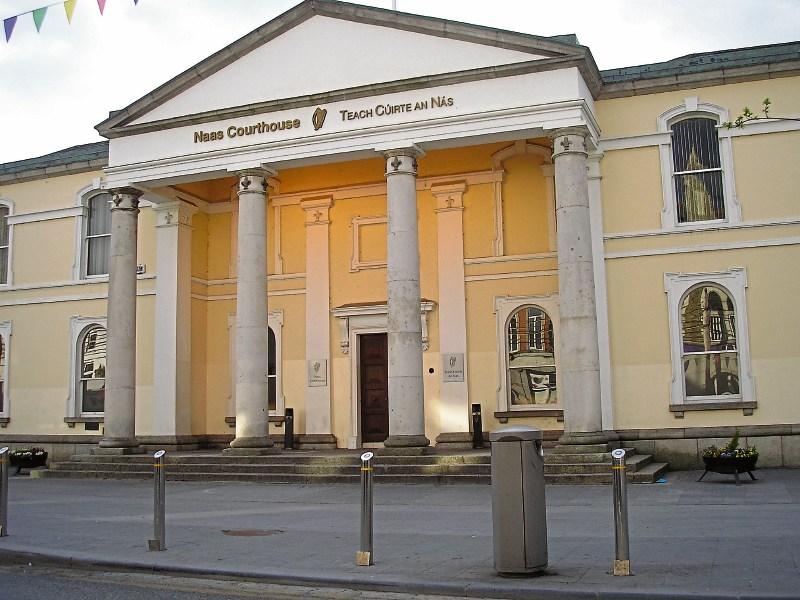 Three men who pleaded guilty to a spate of burglaries in county Kildare over the past three years have each been jailed for 22 months.

Gardai Inspector Mel Smyth said thousand and thousands of euros of damage have been caused to small business and community centres by the trio, two brothers, Jordan (20) and Stewart (24) Wyse, both of Derrymullen, Allenwood and Henry Cahill (18), of no fixed address, and a family address at 32 Emerson Court, Prosperous, who were jailed at Naas District Court on February 2.

Judge Desmond Zaidan was told that in all cases, some of the burglaries, were committed while the men were on bail for other offences.

The judge, who has known the men for some time, said it was “tragic” to see how they had progressed.

Jordan Wyse told the Court: “I am genuinely sorry for the break-ins. Thanks for listening.”

Most of the burglaries committed by Jordan Wyse, also involved his brother, Stewart.

The burglaries included those at Gemini Hair Salon, Clane and and a takeaway on the Clane Road, Sallins on February 7, 2015.

On the same day he was in possession of a clawhammer at Derrinturn.

He was also convicted of theft a an iPhone at Whitewater on January 14, 2016.

Jordan Wyse was also found in a car stolen from the Holy Family on May 15, 2015 and was involved in a burglary at St Conleth’s School, Newbridge on March 14.

A new charge was brought at a special sitting of the District Court on Sunday, January 29 this year, when he was charged with theft and possessions of bolt cutters, a hammer and pair of gloves,.

He was remanded in custody until February 2 at Naas District Court.

Stewart Wyse was involved in some of the above as well as burglary at Rathangan’s Scoil Bhride and Nurney national school.

Henry Cahill was involved in some of the above.

The Court was told that in many cases windows were smashed and door were broken. The damage at Newbridge Silverware, for example, was quoted at €500.

In most cases the cash amounts taken were small with €30 each taken from Newbridge Golf Club and Suncroft Community Centre.

The court was told that Ballylinan GAA club in Laois was burgled.

In Henry Cahill’s case, the Court was told that he had robbed his mother’s home at 32 Emerson Court in Prosperous.

He was also involved in a drive off incident at a Prosperous filling station.

Again, a lot of convictions were committed when Mr Cahill was on bail.

Garda Seamus Doyle told the Court that the trio had been cooperative and they had solved a lot of crime with the help of the men.

Judge Zaidain was told however, that Jordan Wyse, had been shot in the foot in recent times and did not speak to the Gardai about that.

The judge noted that he was genuinely scared and made no complaints to the Gardai.

Conal Boyce, solicitor for the Wyse brothers, said their parents had alcohol problems and both men had been fostered at one point.

But the solicitor also told the Court that the next time, he expected a case involving such a spree of burglaries would be heard in the Circuit Court, where jail sentences could be much longer.

Sarah Connolly BL, for Mr Cahill, said he had been in care since he was 10 years old.

The Court was also told Mr Cahill had been living with the Wyses and some other friends.

Garda Doyle said that Mr Cahill has a learning disability.

Judge Zaidan questioned if there was an issue for human rights legislation.

Inspector Smyth said one is offered support when one turns 18 and people may not take it up if it is offered.

The judge was told, for instance, that Mr Cahill would not engaged with the Probation Service, which could get him help.

In his sentencing, Judge Zaidan gave Jordan Wyse 11 months each, to follow consecutively, on the Newbridge Silverware burglary on July 30, 2015 and the Kildare Farm Food burglary on September 24, 2015.

He gave him a four-year driving ban for being involved in the Holy Family car incident.

He gave Stewart Wyse a similar sentence, but for the St Brigid's and Rathangan school burglaries.