What is happening to our Naas newsagents? 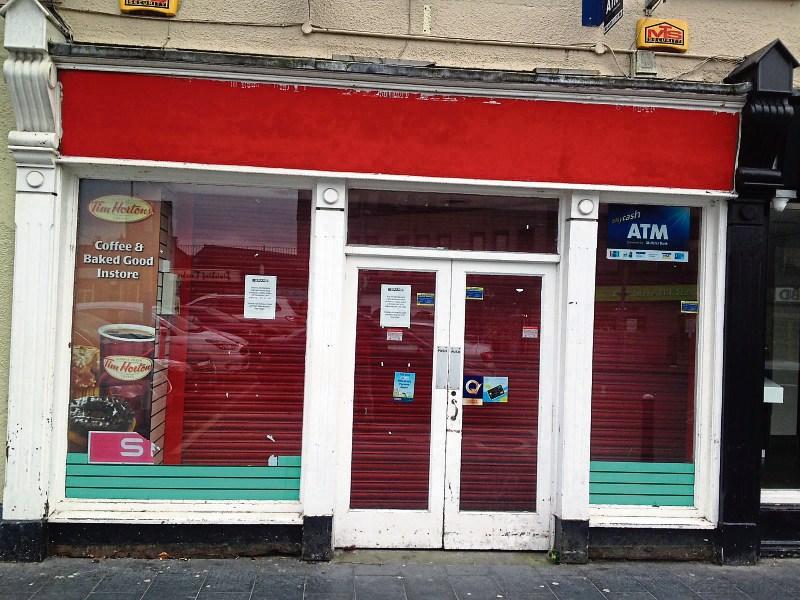 The Gem in Poplar Square, a once-bustling business closed since early 2015

I thought about this list after reading that Swans on the Green was under threat of losing parking because of a proposed cycle lane.

Against the backdrop of the erosion listed below, such a proposal feels more destructive than constructive — especially now with the news that Mattimoe's is going to close.

Before someone had the bright idea of moving the shopping focus from Naas to some soulless retail park on the edge of town there were any amount of small shops you could call to for a packet of smokes or a pint of milk. They’re nearly all gone now. But not too long ago there was enough footfall, parking and manageable business rates to support all the below and at the same time.

The retail totem of Poplar Square, during the day the Gem pulled in students like a magnet does metal. It was where Ben worked and later where Cuisine de France baguettes got built into breakfast rolls. You could get parking outside, it was where all the Kavanagh’s buses stopped and if you were running low on smokes in Hayden’s it was possible to duck out and back in the time it took to top up your Guinness. Now, you’d never make it back from the Maxol garage.

It wasn’t a pillar like the Gem but it traded for a decent amount of time directly opposite on the other side of Poplar Square. The place was always camouflaged by St Mary’s uniforms. And the view from the Gem was a throng of wine school jumpers beneath a blue sign with smoke signals rising. Silk Cut Purple I think.

Up beside Superquinn, Lanes got all the footfall trekking in and out of a Supermarket that felt like the heartbeat of the town at one time. This shop was a bit like a safety net, rescuing punters who’d forgotten some of the obvious items on their supermarket lists.

Part hardware store part convenience store and like Lanes, kind of like a guard tower protecting the entrance of Superquinn and then picking up the overspill going in and out. It closes this week and will be missed.

It was something of a mini economy across the street from Mattimoes with the three Ds — Donal’s, Donegan’s and Dillon’s forming a busy anthill on the rise up towards the Town Hall.

Dillon’s and Donal’s dovetailed economically. It was like a NAFTA trade agreement — you couldn’t stick your head into one and then ignore the other. Apart from the usual items, Dillon’s always felt like it had a strong selection of magazines and never ran out of the current editions of Shoot or Match.

Sometimes overlooked, The Chocolate Box, at the front of the Old Caspo Centre was a life saver for the
crucial final purchases before getting the bus to Dublin. Cigarettes and mints mainly, if you’d a job interview up in Town, and very definitely the newspaper.

I just about remember John Lynch’s down by the old Mulvey’s. It had a very yellowy feel from the canopy on the front of the shop to the stacks of Brennan’s bread and loaves of batch inside. For many it was the last
pitstop before bolting down Basin Street.

It felt like an institution for all of us living down that end of the town. And it had a bit of everything, from plastic orange Champion footballs, to Milk Tray chocolates, to magazines and then there was the talking Parrot who’d shout his head off outside all day. Inside, Dermot, Timmy and old Mr Finan were always good value for the chat or a witty quip.

Across from Swans, McKiernan’s felt like the town’s sweet shop. It was small as a cloakroom but packed high with confectionary and essentials. Mrs McKiernan and Birdie were constants dressed in their blue serving coats and dishing out the quarters of Clove Rock.