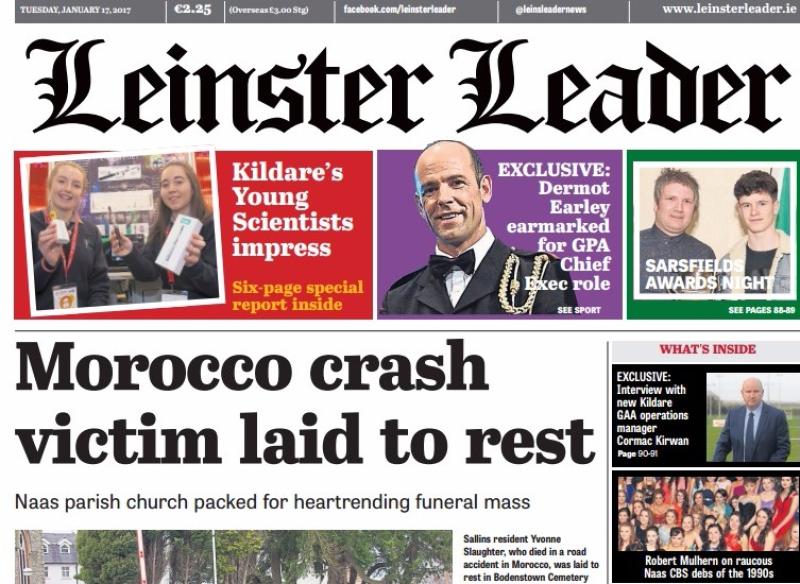 Comprehensive courts and community news coverage from across the county.

We've photo specials from Strictly Come Dancing in Monasterevin, 'Jadotville' talk at Sallins Book Club; Clane Musical and Dramatic Society rehearses for 'Carousel'; the Moat Club's final production of 'Plaza Suite'; 'The Speks' in Newbridge and the McAuley Place Christmas Party in Lawlor's of Naas; the launch of the Skoda Kodiaq at Sheehy Skoda, Naas and Sarsfields Annual Awards night

In this week's Leinster Leader - out now!