'Thankfully nobody was injured' in Kildare town shop raid 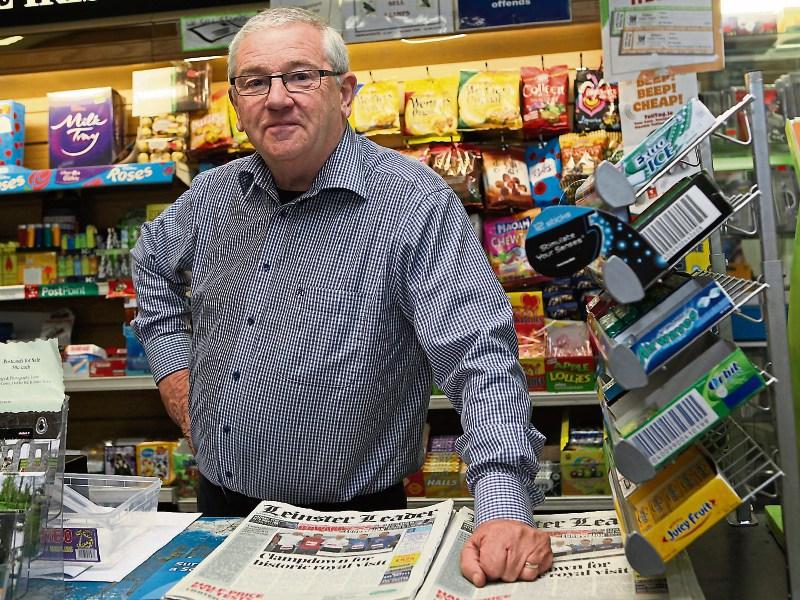 Gardai in Kildare town are still appealing for information on an armed robbery at L. Malone newsagents in Kildare Town on Wednesday December 28 last.

A man wearing a balaclava and carrying a knife entered the local newsagents at 8.40 pm and demanded cash from the till.

“We were in the process of closing the shop,” said Louis.

“I'd gone home and my son Graham was in the shop. This guy came in with a balaclava and he had a knife in his hand.”

The raider pulled out the knife and demanded cash from the till. He made off with a small sum of money.

“It's frightening but it seems to be the fashion at the moment,”he added.

“The town was pretty busy that night. Thankfully nobody was injured. That's the main thing.”

The suspect, who was described as wearing a dark coloured top and grey tracksuit bottoms, demanded cash from the cashier.

He fled from the scene down nearby Malone's Lane.

The well known Kildare town landmark is the oldest newsagent in the country and marked its 150th birthday in 2014.

Louis Hennessy was dubbed “Lucky Louis” in 2012 with three big winning lottery ticket bought in his shop that year.