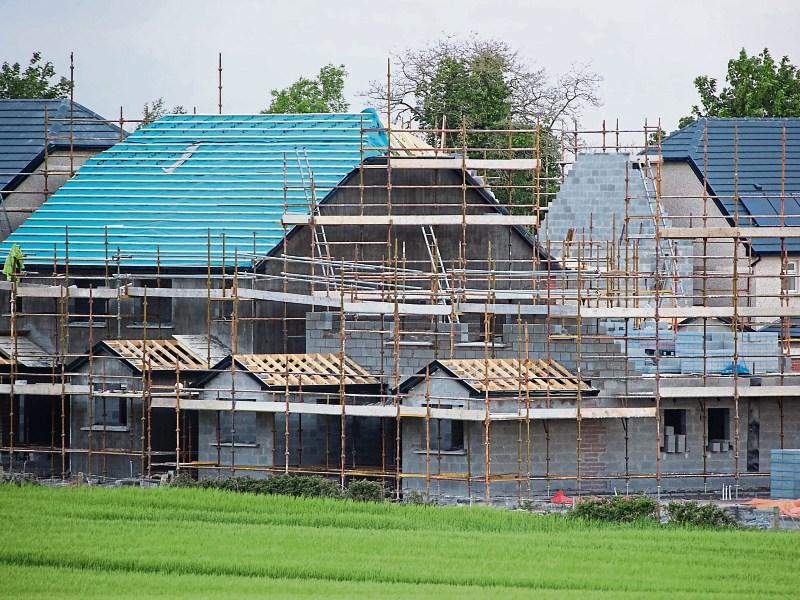 A small but vocal group of residents met at River Forest Hotel on December 19 to discuss the housing element of the new Leixlip area plan.

A major concern for residents is the traffic implications.

The proposal is to deliver the plan via “a phased programme of development that will include the timely provision of the necessary physical, social and economic infrastructure subject to a masterplan to be prepared for Kildare County Council.”

There was a lot of anger that residents have only until January 5 to make a submission.

Many said they only found out about the plan the previous week.

Cllr Joe Neville said the plan could be voted upon in March.

Deputy Catherine Murphy said a Master Plan should consider if such large development was possible in this location.

She said the only power residents in Confey would have is their “lobbying” power.

One issue is Cope Bridge, controlled by “temporary” signals put up over a decade ago

She said the reference in the LAP to infrastructure being delivered in a timely way is difficult to believe given past history.

If zoned, Bord Pleanala would be deciding on applications and conditions.

Cllr Anthony Larkin said that anyone who travels on the rail line from Leixlip to Dublin know that there is plenty of land within Dublin.

When it came to building houses, Dublin was “underperforming,” he said.

“We don’t deny housing is needed but it has to be done in a good fashion.”

The meeting was also told that St Catherine’s Park will have to be dug up again.

The question of building a road between the Leixlip roundabout, was raised.

An angry resident, Jarlath McNamara, got a round of applause, when he said politicians had “messed up” planning in the area. Leixlip had been promised a swimming pool 20 years ago and had not got one.

There were traffic problems in Confey, no parking at the rail station and a lack of facilities in the area, “because ye don’t do the job.”

Cllr Bernard Caldwell said the town was dying and needed more people. “There will be parking across Cope Bridge for the railway,” he said. He also said the next plan would not happen until an Intel link road was built.