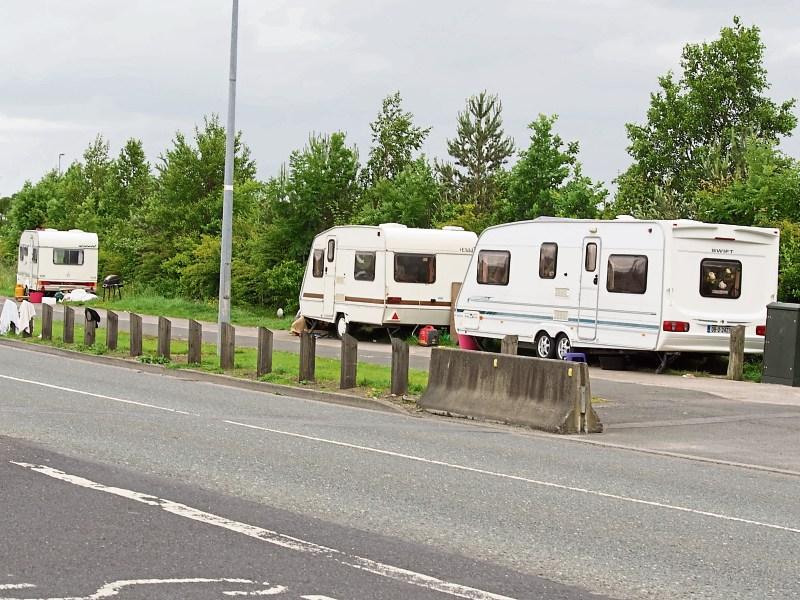 Caravans parked on the ringroad near Newbridge Road, Naas during the summer

Most or all of the caravans parked in Naas for the past few months have now left.

The last remaining vehicles parked off the Monread Road in Naas have been taken away.

The presence of caravans and vehicles parked on a number of locations on the ring road encircling Naas, as well as at Monread Road, prompted calls from Naas councillors for Kildare County Council to take action.

However Cllr Darren Scully believes that legislation needs to be introduced at national level to deal with illegal parking of this kind.

“I'd like to thank Kildare County Council staff for the work to tackle the problem. A lot of work and effort went into it following complaints about litter and anti social behaviour. However something needs to be done to prevent people parking on public or private land,” he said.

However PJ Dooley of Kildare Traveller Action says many Travellers have no alternative but to park by the roadside in the absence of adequate accommodation or halting sites in the Naas area.