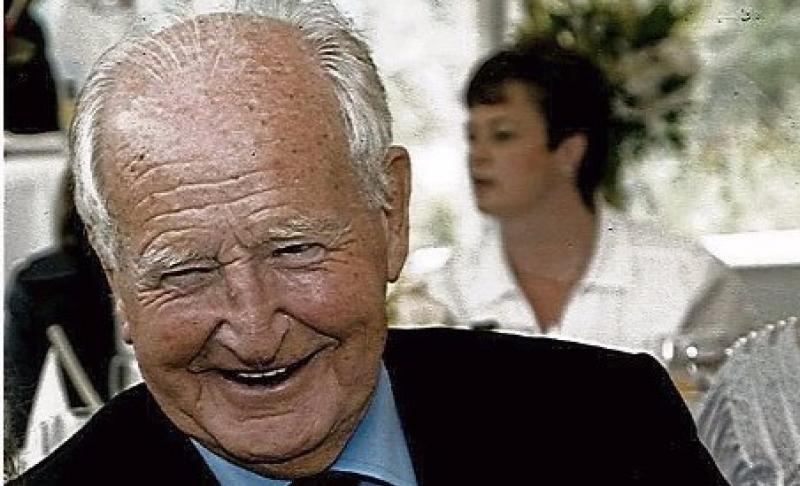 Kildare town is mourning the recent passing of Sean Conlan, one of the former owners of Kildare Chilling plant.

Sean (90) passed away peacefully in Naas Hospital on Sunday, December 4.

He worked in his father Johnny Conlan's butchers shop in Bride St in Kildare town as a young man which developed into an Export Business premises and later to the existing Kildare Chilling Plant, in 1967.

He worked at the plant with his late brother Paddy for many years.

He sold his Kildare Chilling interests in the late 80sand was involved in various enterprises nationally up to recent years .

He was described as being a great sportsman and family man by his long time friend and former colleague PJ Whelan.

“Sean was a founder member of the Kildare Supporters Club in 1989,” said PJ. “He was most instrumental in getting Mick O'Dwyer to come to Kildare in 1990.”

A former employee of the plant as a young man, Kildare GAA legend Glenn Ryan said that Sean will be greatly missed.

“He was a huge figure in Kildare town,” said Glenn.

“I worked in the plant as a young fella. It was and still is a huge source of employment locally. Sean had a very keen interest in Kildare and was very involved in Kildare Supporter's Club. Sean will be missed.”

He was married to the late Helen (nee Whelan) and was a loving father to John, Anna, Peter, Robert and Catherine. He will be sadly missed by his sisers, daughters-in-law, sons-in-law, grandchildren, great-grandchildren and large extended family.

He is reposing at home on Friday, 9 December, from 2-8pm.

Removal will take place on Saturday, 10 December, to arrive at the Carmelite Church, Kildare Town for Mass at 11am.

Donations in lieu of flowers to the Friends of Naas Hospital Palliative Team.