Santa pulled over by Kildare cops 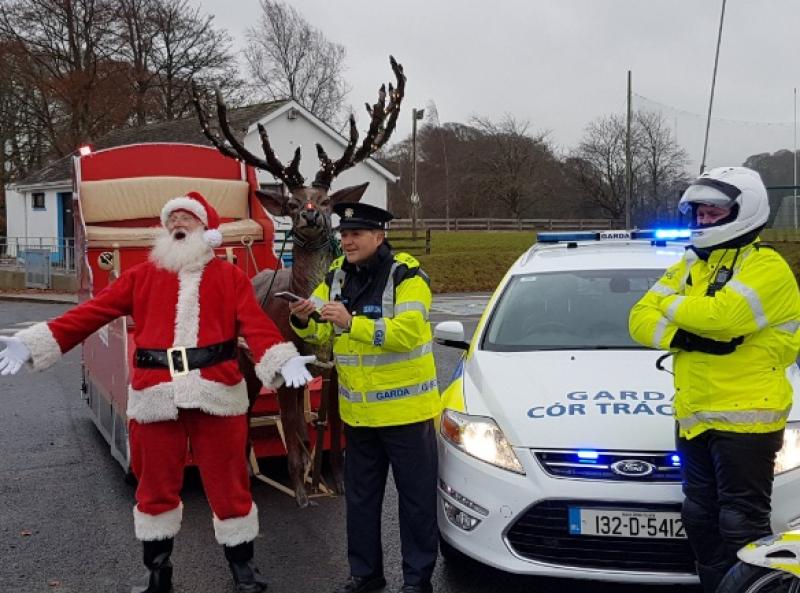 It seems nothing gets past the beady eyes of the Kildare Garda Traffic Corps.

They've pulled over one offending road user at a couple of locations in the county this week.

Pictures posted by the Garda Twitter account this morning show Santa being asked to step off the sleigh while a member of the force gets the ticket pad out.

He's also shown pulled over outside Newbridge Garda Station - perhaps for having no light on the reindeer's nose?

Gardaí are asking the public to be aware of this man traveling from Kildare to Temple Street Hospital today. Last seen on 25/12/15 pic.twitter.com/N0vvhkKNXT

The Gardai warned members of the public "to be aware of this man traveling from Kildare to Temple Street Hospital today. Last seen on 25/12/15".

With Kildare County Council due to launch its Christmas Road Safety and anti-drink-driving campaign today, Gardai no doubt also warned Santa about the dangers of downing his traditional tot of whiskey when he's delivering presents late on Christmas Eve.