The 12 Naas pubs of Christmas past 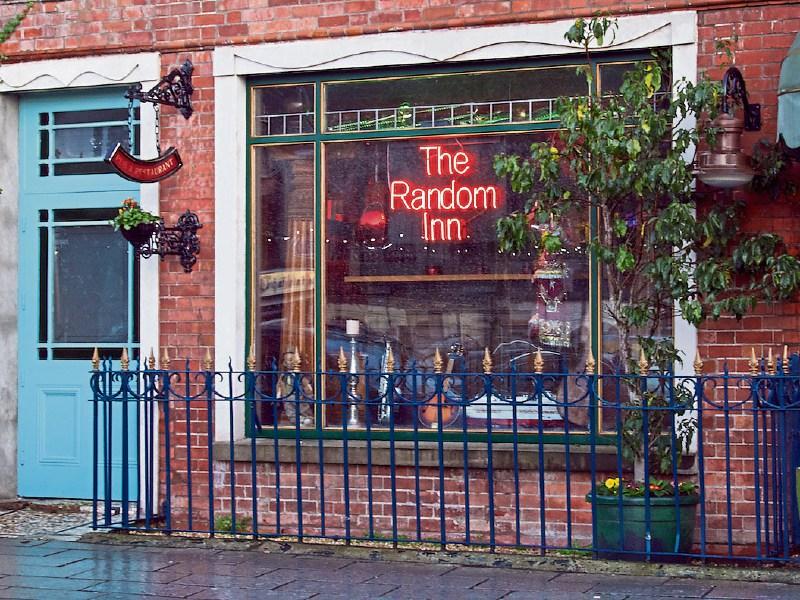 The Randon Inn at Lawlors is enjoying a renaissance

The pre-Christmas crawl has become something of a national tradition, but what about a tour of 12 pubs of Naas Christmas past? Here we raise a pint jar to a dozen departed but still loved local drinking houses.

In winter, you’d try and get in early and claim the snug down the back. It felt like a stagecoach from an old western but never was a drop of Carlsberg spilled within its rocky confines. In summer, John Mulvey’s front bar offered up a shady sanctuary. With the door wedged open the place was all wood, light spilling through tall windows and take-outs over the counter.

An institution, like Mulveys, and to me a place synonymous with Kildare footballer Jack Higgins, who didn’t drink, and a host of Kerry greats who did plenty when they went there. Many Kerry teams and supporters stopped and watered themselves when they conquered Croker and sometimes they did similar for St Conleth’s. It was before my time but we got history lessons in, erm, Mulvey’s.

Our neighbours, the Bashfords, had connections with this pub. The light from their kitchen used to shine so late though the stained glass of our gable window that I wonder now if the pub on Main Street was European in its hours and Irish in its drinking.

The Horse and Jockey

The first marker on the Newbridge Road and a favourite haunt of my granddad when visiting from Offaly. To me it sounded like a place full of pipe-smokers and drinkers of Powers Gold Label. Regrettably, I never got to test either in here.

I only sampled the delights on the occasions it was pencilled into a raucous, undignified Christmas pub tour. On a few other quieter nights we were asked to leave. Not because we were too drunk but because our clobber clashed with the decor. It made sense because our suit ties would have been a distinct disadvantage in a fight.

The late Monaghan publican Finbarr Ward had sold up by the time I was legally allowed in there and while the name was retained, the stamp of his governership was not.

Enjoying something of a rebirth now as part of the refurbished Lawlors’ Hotel and wouldn’t it be great if they brought back the unruly and tree littered beer garden?

I recently met a publican in Queens Park, North London who asked me if the pub still there?

It was his favourite pitstop on journeys from Dublin. It remains the favourite of many from a generation but I must qualify that affection by declaring it pre-refurbishment. The white couches that signaled the arrival of Celtic Tiger should have been done for drinking after hours.

Now One New Row, formerly Finan’s and then it was upstairs to the Attic. I always thought the nightclub was the closest thing Naas had to Doctor Who’s telephone box. Inside it was confusingly bigger than its appearance outside. The Attic remains the only nightclub I ever frequented where it was perfectly acceptable to be threatened by the doormen on the way in. Before you’d even paid.

I was too young to do Prodigy on New Year’s Eve in the Point in 1995. So, instead we did a run of cans down the Lakes and into Sarah Floods for the finale. I don’t remember Old Lang Syne playing but looking back now I’d be disappointed if it was. Flood’s which was previously known as Dowling’s felt too local to carry a musical international cliche.

This was beside Sarah Flood’s, for a time. In another pub life it was called the Moat. And it stood like a gate lodge beside its bigger brother.

I always said I wasn’t going but, really, I was ruled by who was single and who was going.

If you weren’t locked in an embrace with someone you liked, or didn’t like even, there was this bubbling of panic subdued by drink. You’d be jockeying for position among those left and still eligible. And if that didn’t work out, you’d be explaining it away the next day that “no one was up there!”