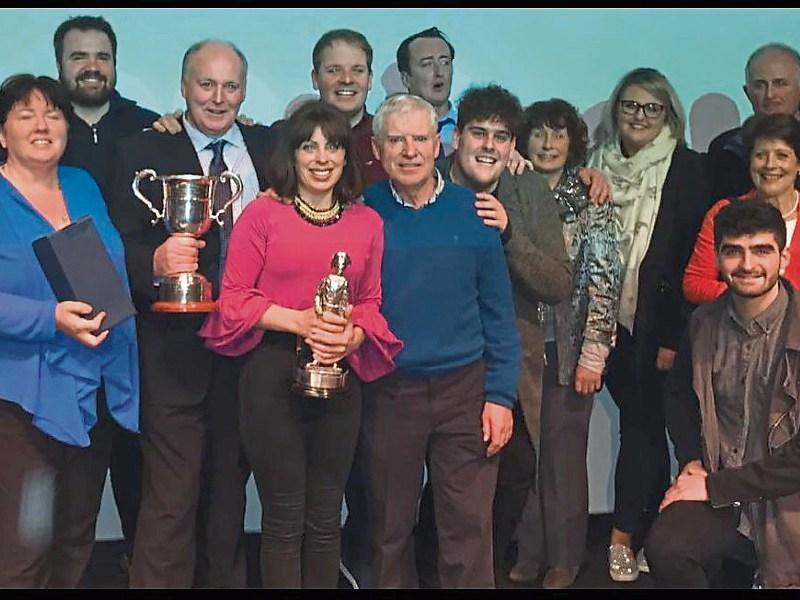 Some of the Moat Club members at Dundrum on Sunday night

The Moat Club are the undisputed kings of one-act drama in Ireland.

The Naas-based amateur drama group won the All-Ireland one act title at the finals hosted at the Mill Theatre in Dundrum, Dublin, at the end of three days on Sunday night.

Their presentation of Visitor from Hollywood, the second act in Neil Simon's Plaza Suite, set in New York's Plaza Hotel. The club won the more competitive open section ahead of the Rasper Players from Gorey who presented Me and My Friend and Prosperous Dramatic Society (winner in 2012 and ’13), who staged Bull.

The group performed the play in its three-act entirety at the Naas venue in October and then took the production on the pre-qualifying festival route winning four of five and coming second in the other.