End to darkness may be in sight for Newbridge estate 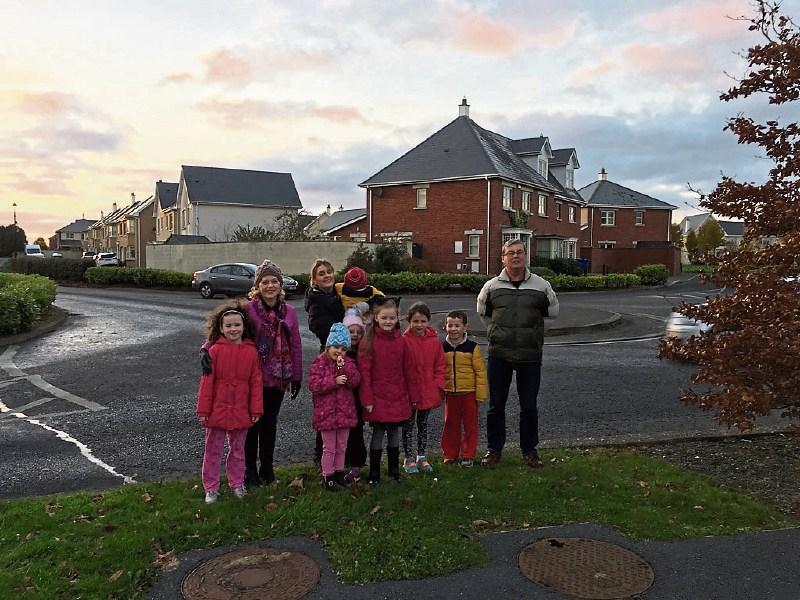 A Newbridge estate has been left in almost complete darkness, as well as coping with a sinking roundabout, due to the developer going bust and council delays in taking it in charge.

“Only 15 of the 60 street lights are working. It’s not safe in our estate to be out in the evening,” said Rachael Dowling, chairperson of The Meadows Residents Association.

“With Kildare County Council not taking charge of The Meadows, we have no road signage, we have a sinking dangerous roundabout in the middle of the estate with not even a yield sign, or lights around it.

“Where does this end? When somebody is killed? Will they take action then?” she added.

She said she had been in touch with local councillors and TDs. The residents had formally lodged an official request last July to be taken in charge, but nothing happened since then.

“I’ve brought this to everybody’s attention and nobody seems to care,” added Rachael.

She also asked whether, if the money left in the builders bond was not sufficient to cover the cost of the lighting, the money from the Local Property Tax fund could be used to repair the lights.

“The council is awaiting a proposal from the receiver to address the outstanding issues with the public lighting. In the interim, the council has instructed the service provider (Airtricity) to undertake the required remedial works. (It is intended to recoup these costs from the Receiver),” it said.

The local authority said it is engaging with the new developer in The Meadows to resolve the outstanding issues relating to the roundabout.

“When the public lighting and any other relevant outstanding works have been completed satisfactorily the Council will seek to finalise the formal taking in charge process for The Meadows,” it added.

The local authority said that If there are instances of motorists speeding at the roundabout or in the estate, the residents should bring this to the attention of an Garda Siochana.

No timeline was given as to when the lighting repairs on the lights would be carried out in the estate.