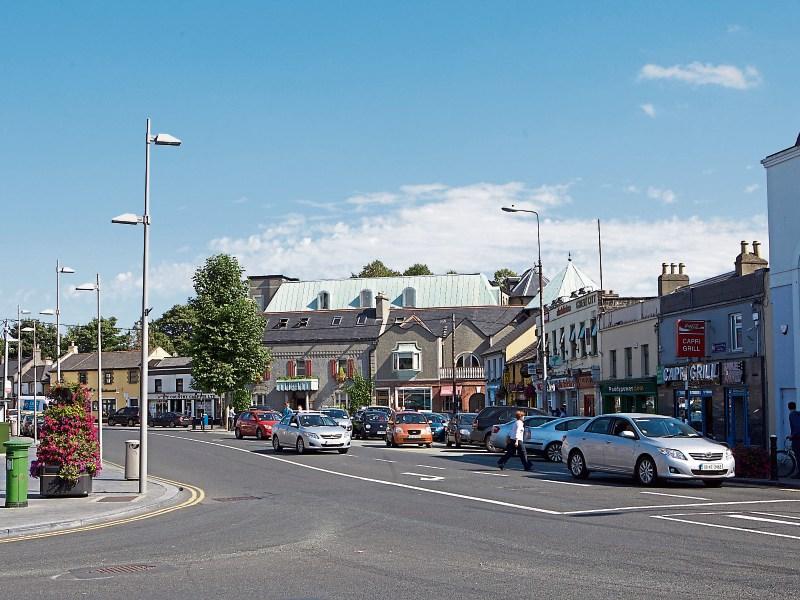 The busiest time of the year for most retailers approacheth. And it approacheth now at a rate of knots.

If you live in Naas, try to shop in Naas.

If you live in Naas you have an interest in this — even if it’s just an aesthetic reason to avoid the arrival of more empty buildings and eventual dereliction.

And by Naas we mean the town centre.

The Tesco-anchored centre in Monread is probably able to look after itself. It has getting on for 300,000 visitors - or footfall as the retail wizards refer to human beings who shop - a month.

Tacit acceptance that the some of the worst effects of recession are still with us came from Kildare County Council in recent days.

They decided that commercial rates will stay at same level and it is a levy which hasn’t changed for eight years now.

High street retailers in Naas have much competition. There was a time when it was much easier to make a living and those days predate the construction of the out of town centres and the recession.

It’s harder today, harder too with the advent of internet shopping.

Overlooking all of it is the Naas Shopping Centre.

There can be little doubt now that it will open, that it’s just a matter of a sale at the right price.

And when that happens many people who go to the Whitewater in Newbridge instead and to Monread and elsewhere will return to Naas.

There are a few problems to iron out, like availability of town centre car park spaces in sufficient numbers and there are 800 of these within the grey walls of the centre.

For now though it’s apparent that Naas has seen off the worst of the recession.

Two new restaurants opened to replace to closed businesses at the same location in recent months.

Another will open on the site of the Angus Joe’s shortly.

There is an appetite among retailers for changes to be made to the parking bye laws which would limit the amount of free parking on Saturdays.

Some contacted by the Leader say they have seen something of an upturn, more the appearance of a pathway towards a recovery than a recovery itself.

And you’d be hesitant to trumpet it’s arrival.

McDonald’s at the bottom of North Main Street has twice cut back its opening hours and now closes at 7pm each day, four hours earlier than what was once the case.

But most of the businesses that opened in recent years, some of them significant investments like Eddie Rocket’s, are still there.

The Killashee Hotel has a new owner and is apparently weathering the storm as is the Osprey Hotel, which had a receiver appointed 2010 after it emerged debts of €40m had accumulated. Lawlor’s Hotel is trading away with additional space and so too is the Town House Hotel.

A tenant has been found for Chic Avenue, which closed less than a year ago.

It’s pertinent to point out too that more people are going to move into the town as more residential development is built (and if that’s without adequate recreation and playing facilities being provided well that’s another story for now).

It takes some courage to start a business at any time, even more so in the teeth of the cold winds of recession.

Do try to reward that courage with your custom.

You wouldn’t want to find yourself perusing some internet shopping catalogue in the last town centre coffee shop left open.