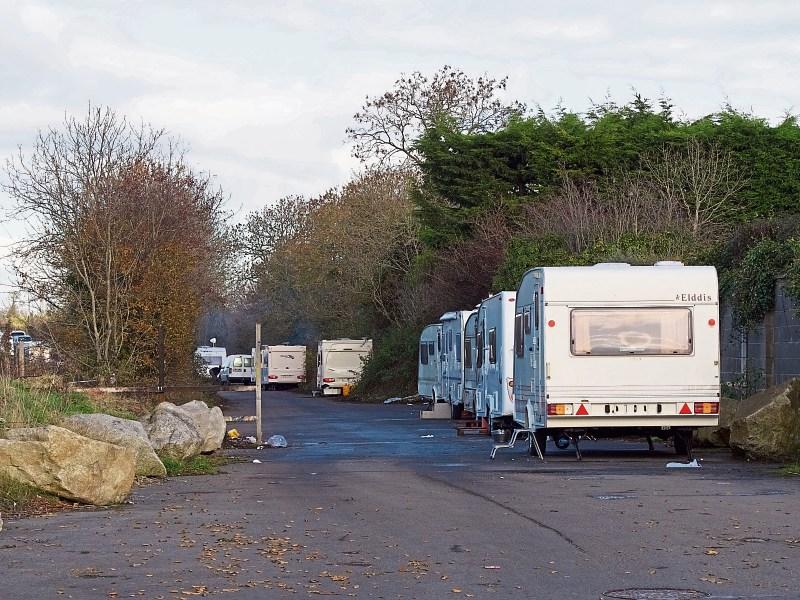 A number of vehicles parked on a section of the ring road connecting the Kilcullen Road and Newbridge Road have moved.

This follows complaints made at a Naas Municipal district meeting.

However a number of vehicles remain parked at Monread Road on the opposite side of the town.

PJ Dooley of Kildare Traveller Action has attributed the parking of caravans to the housing crisis which is “affecting travellers badly.”

He said that while he cannot comment on specific instances of caravans being parked in Naas, he said Travellers have been left without housing for several years.

He also said he is aware of instances of Travellers being forced to leave private rented accommodation because of rising rents or houses being sold by the landlord.

Naas councillor Darren Scully said the issue of parking caravans and vehicles in public areas like ring roads needs to be examined nationally.

He said the there is considerable cost to the taxpayer when local authorities like Kildare County Council have to take court action and then serve a notice to quit.

“This process is also time consuming and is repeated again and again. Kildare County Council is doing its best but its hands are tied in terms of what it can do legally.

"Basically they must be sure they can answer any question that a judge might ask before they proceed to court. It’s not right for people to park on private or public land. With rights come responsibilities,” said Cllr Scully.