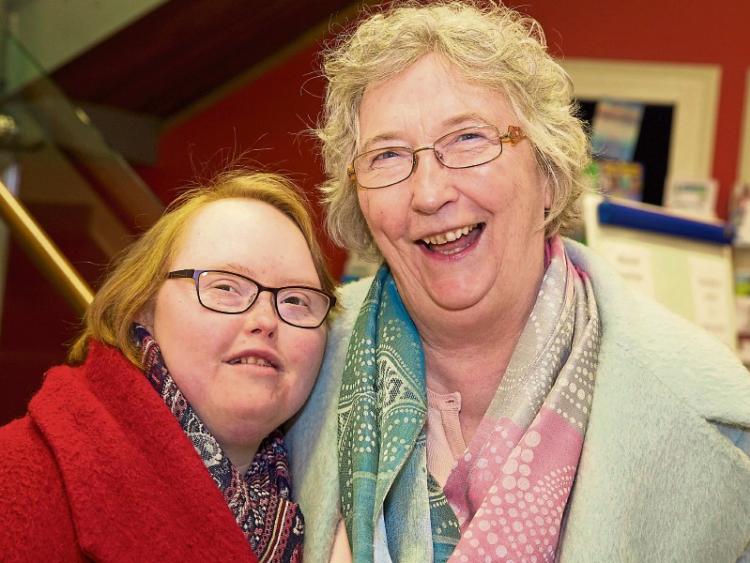 The late Sheena Walsh with her mother Mary

Tragedy has been a frequent though unwelcome visitor to Naas recently.

On Sunday the funeral took place of Arthur Lackey, a former member of the Defence Forces who had been attached to the long closed Devoy Barracks in the town as well as the Services Supply Unit in the Curragh Camp.

He had many friends but his loss will be most deeply felt by his wife Julie, mother Bernie, daughter Sabrina, son Steven, sister Jane and brother Declan, who is one of the very few Naas GAA footballers to win a championship medal with Kildare.

Sheena had Down syndrome but this was not the dominant theme in her life. She was known locally as the uncrowned Queen of Naas, and as a woman who got out there and embraced life.

She was a de facto ambassador for Down Syndrome Ireland and the list of activities she was either involved in as a participant or had an interest in was inspirational.

On November 7, the man who could be said to be the town’s last character passed away. Paddy Hackett’s big interest was GAA, as served up by the Naas club and teams representing Kildare. Paddy lived alone and lived a longer life.

His health was failing and he had been in and out of Naas Hospital in recent times.

Each of them — albeit in different ways — brought some light to those around them and well beyond the confines of family.

It’s often said that the lead in to Christmas brings with it tragedy or loss that is disproportionate.

Maybe that’s true or maybe it is that our emotions are more sensitive at this time of year because of the many hours of darkness that November and December brings on us.

What certainly is true is that we’ll miss them all and, for some in Naas, Christmas 2016 will be less about bright lights, gaudy colours and false bonhomie.

Yet we must remember what each contributed in their own individual way.

None of the words spoken about the deceased made references to stellar careers in business or banking or building or politics.

Better than that, all three of them enriched the lives of those around them — even those who didn’t know them well — on some level and if there’s a purpose to life at all, that must be it.