It's going to be cold in Kildare tonight

(And every other night for the next five months) 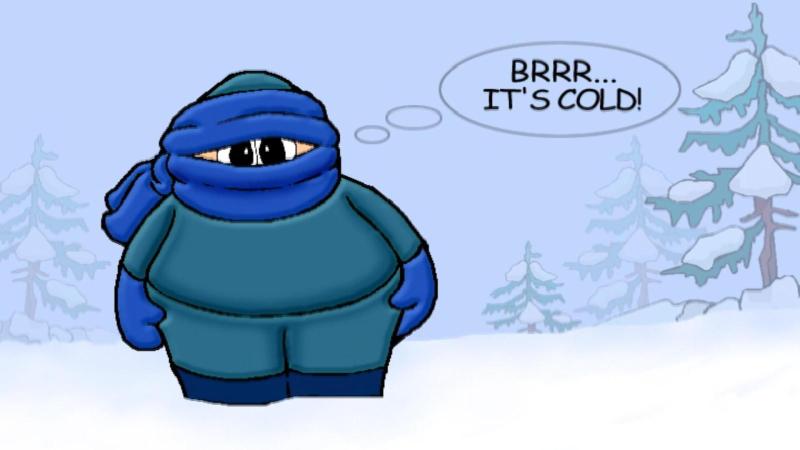 It’s going to be cold in Kildare tonight. Not quite as cold as the previous three or four nights, but chilly nonetheless, around the three degree mark.

I’ll give you a long-term forecast to go with that information - it’s going to be cold most nights and days for the next four to five months. We will get the odd milder spell, but that will be accompanied with storm-force winds and horizontal rain.

Yes, it is wintertime halfway up an island off north-western Europe.

Weather updates are big features on websites these days. I’m not not claiming this site will never post stories about impending weather events, but I thought it would be good to first offer some practical advice to combat winter at this latitude.

I was miserable at the prospect until about a week ago when I had a chat with myself. It was a brief talk. The essence of which was to repeat the rule by which cyclists must abide. Rule 5: harden the f*** up.

We are not designed to live in constant comfort. Once you accept that you will feel happier straightaway, and you will then work out a plan to deal with the adversity.

So, what does one do? Well, we’ve already established that I’ve been talking to myself so perhaps some level of madness has crept in. That feeling may be confirmed by the next sentence: I’m now beginning the day with a cold shower.

It might seem daft but there is a rationale to my actions. No matter how Baltic it gets during the day, when you’ve faced down that cold shower there is not much worse nature can throw at you.

And once you’ve survived the cold shower (this is not always a formality, more on which anon) you begin to feel the benefits.

According to my reading, the cold shower improves your circulation, enhances your mood, quickens your metabolism, makes you more alert, combats depression, drains the lymphatic system, quickens recovery and eases stress. If you Google the subject you will learn of more advantages.

Essentially, you leap out of the shower thinking, ‘I’m not cowed by you, chilly Wednesday. You’re going to have to throw a polar vortex my way to make a decent impression.’

So far this regime seems to be working. The weather has gotten chillier but I’m feeling the cold less - and am also less like a pampered, 21st century, first world, whingeing, victim-complex-having manchild. On reflection, maybe it’s turned me into a right-leaning breakfast show host on the RTE Radio One’s main competitor station. Either way, it feels good.

Give it go. You have little to lose*.

*Accept possibly your life. The shock of cold water can quickly elevate blood pressure levels so, fair warning administered, don’t come cribbing to me if you get a stroke.

What works for me is a gradual change. Go from a normal water temperature to slightly cooler, then just put your foot, then a leg under. Then an arm or two, splash some of it it on the face. Then jump in. Maybe. If only for a couple of seconds (my routine is beginning to sound less macho now). The next day you might find you can bear the cold more readily.

Basically it’s a skill like any other. The more you practice the easier it becomes and, if it doesn’t kill you, it will make you stronger, and less likely to fixate on the cold that will surround us until around halfway through April.