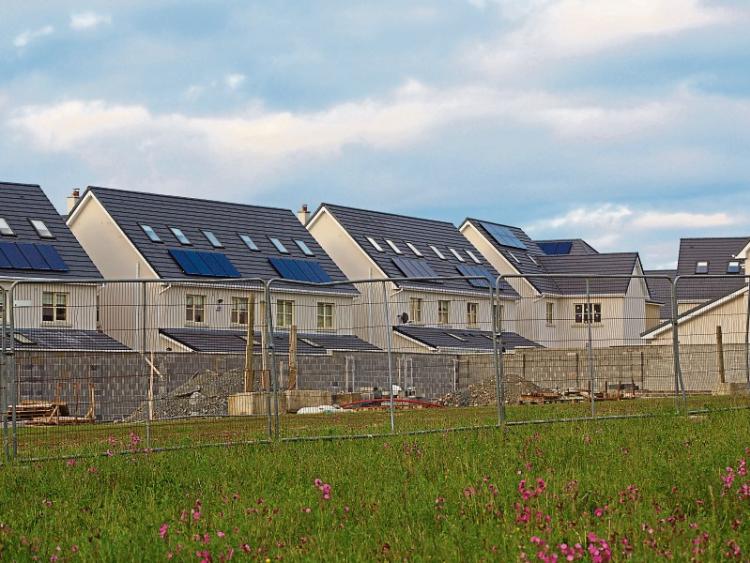 Many years ago, the man who is now the Finance Minister, Michael Noonan, had the unenviable job of being the one to stand up on behalf of Fine Gael and criticise a mid-boom Fianna Fail giveaway-madness budget.

He came up with an image that he thought would resonate with middle Ireland — that of the newly married young couple — “he’s a guard and she's a nurse” he explained in the gender stereotypical vernacular of his generation.

He painted the scene — such were the runaway house prices that the garda and the nurse were locked out of the property game.

I thought at the time it was a scenario that would resonate widely — but it couldn’t compete with the sheer lunacy of the Bertie Property Bubble.

It turns out, the banks were perfectly willing to throw ridiculous sums of money at the garda and the nurse, and similarly so at the developer who wanted to sell Belturbet as "Dublin's most attractive commuter belt town".

We are now in a different sort of place in many respects — and yet, not quite so different.

Only last week, Daft.ie announced that rent prices had risen further than ever before and generally speaking the aspiration to live, either as a home owner or a renter, in the greater Dublin region is becoming essentially impossible for Michael Noonan's young couple.

They’re driving seven or eight year old ordinary cars, they’re eating out once a week, buying their groceries in Aldi or Lidl and their biggest expense/indulgence is the seemingly countless weddings they can’t escape attending.

The upper limit of what they hope to buy is approximately €220,000.

There was a time when the housing market in any given town or village (unless it was Dalkey or Foxrock) had a place for everybody — the expensive detached house right down to the starter home, the affordable, slightly rundown, fixer upper.

That latter option is the bit that is now getting scarce in parts of Kildare.

Yes, the north and northeast of the county were always more expensive — but it was never quite so prohibitively exclusionary.

Naas is slightly better with apartments in the €120,000 range and three-bed semis start at about €230,000 — but that’s still not starter home stuff.

We getting to a point where the northern half of Kildare is not a place that young people on the average industrial wage looking for a starter home can go — and that has profound, and not particularly attractive consequences, on the character of our towns.

We need ask ourselves what we want our towns and our county to look like?

You might well say, correctly, that there are large parts of Kildare where you can get a house for more reasonable prices.

And that's true, but it misses the point.

I feel it’s important to guard against the sort of inequality and societal dysfunction of having entire towns that the young or those on average incomes cannot afford live in.

Should a young person, if they wish, be able to buy a starter home in their own home town — or will we accept that they must move away?

I have more questions than answers, although a programme of local authority housing would go some way to diluting the problem.