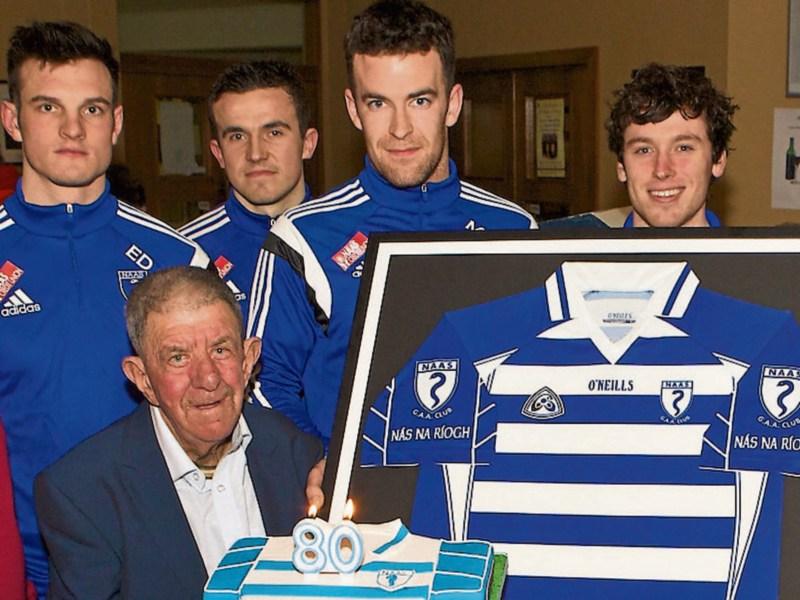 One of Naas’s long standing town characters, Paddy Hackett, passed away over the weekend.

He was 82 years of age and had lived for most of his life in St Corban's Place, although he was originally from the old Rathasker Road.

Paddy worked at odd jobs at cattle marts, Punchestown and at Goffs down through and, until approximately two years ago, he worked on the gate at the Naas Races.

Following a spell in hospital in July of this year, he was assigned a carer. It was his carer who raised the alarm on Sunday morning when he didn’t answer the door.

It’s understood he was last seen in public on Saturday, when he went up the town to place a bet.

Mr Hackett had no siblings.

He will be mainly remembered for his lifelong devotion to Naas GAA club. He sold tickets for the club in the town and was a strong supporter of the club.

And it was Naas GAA who hosted an 80th birthday party for him in February 2014.

Club stalwart Marie Kane explained that the club held a party at his birthday every year, and put on a bigger event for the significant birthday.

“Paddy was part and parcel of the place,” Marie said.

“He was also a great supporter to attend matches,” another GAA stalwart Liam McManus added.

Liam’s earliest memory of him was “at the cattle fair in the Fairgreen - doing a bit of work in the 1960s”.

Paddy liked to back horses and was well thought of among horse racing fans in the town.

Many of those who knew him told the Leinster Leader of the time Paddy was brought to Royal Ascot in the early 2000s by racehorse owner Pat Barrett.

The horse won and Mr Hackett lead it back into the parade ring.

Paddy will also be fondly recalled by Naas Rugby Club. ’Paddy Hackett’ was one of the club’s calls.

“So sad to hear of Paddy's sudden passing, his name is a legendary call in Naas RFC as I’m sure it will be for years to come ,” the club posted on their Facebook page.

Paddy is Deeply regretted by his niece Imelda and her children Alan and Deborah his neighbours and a wide circles of friends in Naas GAA.

Reposing at Murphy Brothers Funeral Home, Naas, today (Tuesday) from 4pm with removal at 6.15pm to arrive at the Church of Our Lady and St David, Naas, for 6.30pm.