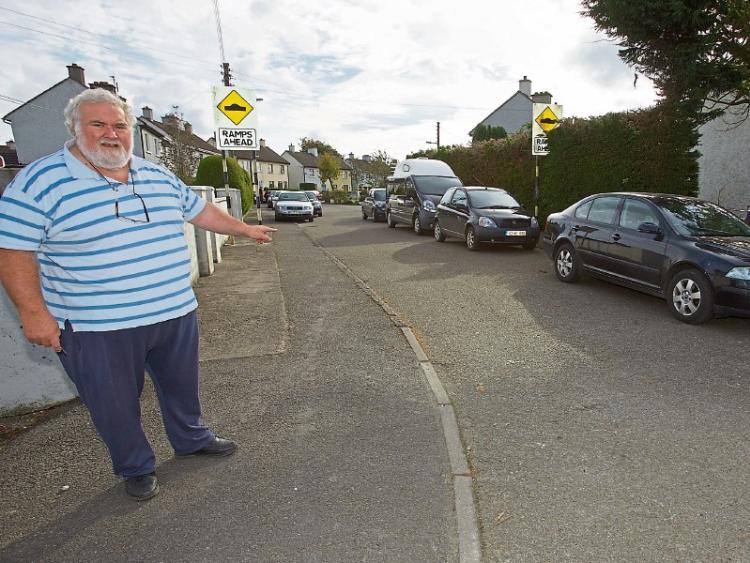 Kildare County Council has confirmed that it will provide double yellow parking lines at a residence in Assumpta Villas.

The issue was raised recently by concerned Kildare town native John Kennedy over fears for his sister-in-law who has special needs and has a house in the estate.

Mr Kennedy claimed the council had failed to respond to his request to stop commuters from parking in the estate for the past two years.

“If an ambulance or fire brigade needed to get down they be unable to,” he said.

“She has to spend a couple of hours here every day. These people are too miserable to pay for parking. The driveway is often obscured and Kildare County Council say they are going to mark the roads but that hasn’t happened.”

According to Mr Kennedy the issue was first raised with the council two years ago.

“ It is only for the grace of God that nothing has happened in the house and an ambulance hasn’t been needed. I have waited for people to tell them not to keep parking here and the level of abuse I got from people over it.”

According to a statement from the council to the Leinster Leader, “KCC proposes to provide double yellow lines in the vicinity of 1506 Assumpta Villas to ensure that access is maintained by mid November. The local Traffic Warden will inspect the area on a regular basis to ensure that parking restrictions are complied with.” Meanwhile a number of parking tickets were issued by the council last Tuesday. KCC has stated it will keep the area under observation and parking tickets will be issued.