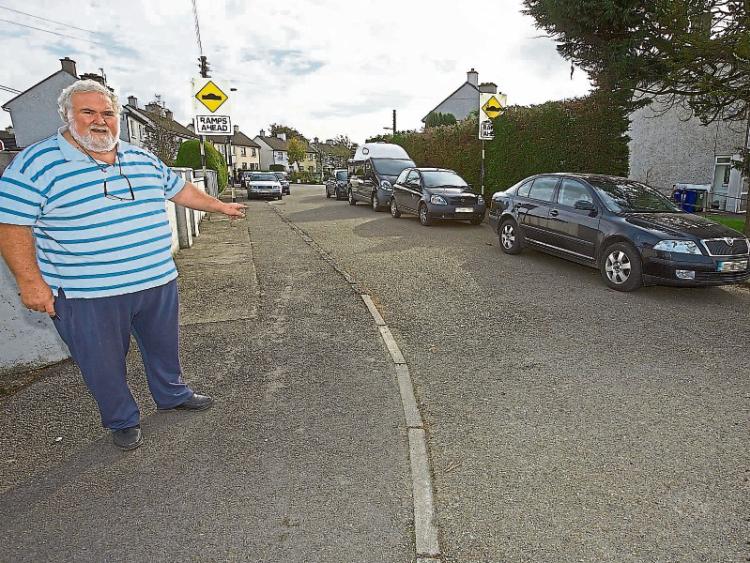 Kildare County Council has been called on to stop commuters from all day parking in Assumpta Villas.

Kildare town resident John Kennedy has raised the issue with the council for the past two years. His main concern is that commuters leave their cars in the housing estate all day long without any concern for the residents.

“This is a serious issue,” said Mr Kennedy. “People who won't pay for parking in the railway station are parking on both sides of the road. This morning we couldn't get down.”

Mr Kennedy's other main concern is for his sister-in-law, who is in her sixties, has special needs and has to spend time in Assumpta Villas each day.

“If an ambulance or fire brigade needed to get down they be unable to,” he said.

“She has to spend a couple of hours here every day. These people are too miserable to pay for parking. The driveway is often obscured and Kildare County Council say they are going to mark the roads but that hasn’t happened.”

According to Mr Kennedy the issue was first raised with the council two years ago.

“They have done nothing. It is only for the grace of God that nothing has happened in the house and an ambulance hasn’t been needed. I have waited for people to tell them not to keep parking here and the level of abuse I got from people over it.”

Mr Kennedy is calling on the council to put up signs and mark the road to prevent people who are not resident there to park all day.

“The council sent a parking warden once who put a few scripts on cars and they stopped parking for two days. But then the council dispensed with that idea and the parking got even worse.”

“I am sure the residents who are mainly elderly don’t want to make a fuss but something has to be done.”

At the time of going to press KCC told The Leader that they were looking into the issue.