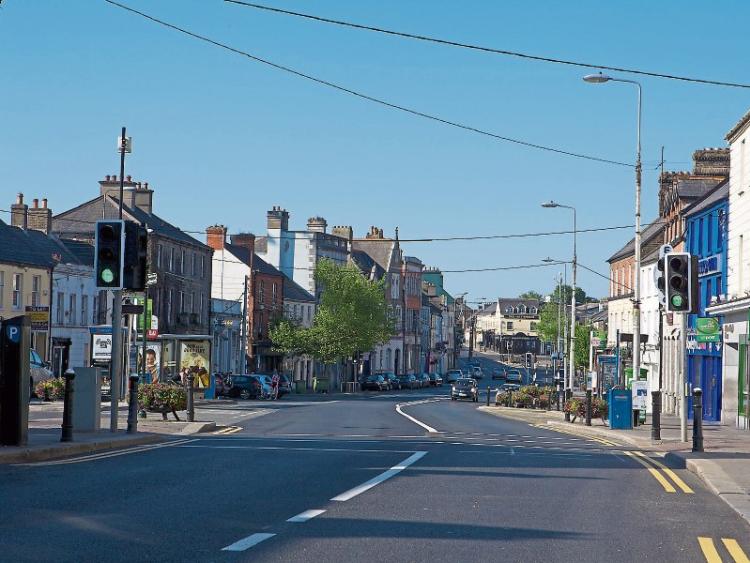 You can't make it up this street without bumping into loads of people. That can be either a good or a bad thing.

A few things that I miss and I don't miss about Naas while living across the Irish Sea.

The one fingered salute: I think John B Keane wrote a composition about it — the art of acknowledging a familiar face by only lifting your index finger from the steering wheel. Cormy O’Regan was actually an expert of the full-handed
salute. I meet too few people coming against me on the road in Crystal Palace now, but then I don’t own a car here.

Proximity to racecourses: Epsom is about 40 minutes down the trainline which is close for London, but it’s a day out rather than the kind of quick in-and-out Punchestown or Naas offers. You could never watch Nick Luck on Channel 4 and then see him in person within the same hour. Not like you can Ted Walsh on a dash from the TV to the track. And I’ve never blagged a lift home from Epsom.

The house visit: Like abandoning the car out the front of Pat O’ Toole’s place on the road to Kilcullen on whim. Getting served up a tar-like tea, half a dozen Mikados and an ear load of abuse.

The limit of choice: I’ve lost years, and a lot of money, in London deliberating on where to go and how to get there. Life’s a lot easier when the triangle of travel runs from Swans on the Green to Hayden’s pub to home, and you don't need a travel card.

A lap of Punchestown: Clockwise not anti-clockwise. Doing it this way offers a much better view of the Wicklow Mountains and it’s a hell of a lot easier too. Winter is better when the weather is worse and the place feels like it's in a bad mood.

Pitstops: Bumping into old faces randomly and frequently. Paddy Bracken from Lakeside was the latest. Our collision was up the far lakes. It sparked a Dublin versus Mayo preview, a preview of the Irish Greyhound Derby and a rattle through the list of our old colleagues. It was just like one of the long tea-breaks we used to enjoy in Eircom and, typically, made me late.

Good service: For this I mean pub service. Not having to jump up and down to get the attention of bar staff, with only one person ahead of you. It’s proved a lot harder in London to pull off the kind of order that requires no words — just the nod of your head in the direction of Pat, Dec or Fergal in Hayden’s.

St Conleth’s Park: Watching Kildare at home in the National League. It’s the kind of pure experience that gets lost in the empty seats when Kildare play in Croke Park now. And Ruislip can be even emptier.

Weather: Honestly, you get a summer in London. Even when the locals rate it as poor it still manages to trump the 40-plus days of rain that rolled in from the Wicklow hills in 2006. I remember getting a Taxi in Dublin driven by a newly arrived Nigerian taxi driver. He asked me when the dry season would start. He was deadly serious too.

The back strait... Of Punchestown: The downside of running clockwise on a bad day is that the wind is in your wattle down the back strait. Like running through sand.

Punctuality: There’s no official closing time in my two most frequented London pubs — The Gipsy Hill Tavern in Crystal Palace and the Hop Pole in Wandsworth. So there’s never any heartfelt pleas at quarter to one.

The scrutiny: The greatest strength of living in a close community can often be its biggest weakness. Any f*** up is noted and logged. For life sometimes.

The limit of choice: The flip side of having too much is having too little, especially in terms of food. But then there’s no Butt Mullins in London.

Gossip: When the Judgement Police roll into town. Do they ever roll out!

The Naas Perspective: That’s the gospel of international affairs according to your local preacher. To be fair, I’ve been a major offender and antagonist.

Traffic: Maybe my clutch foot is short a bit of practice but a morning drive to Dublin is hardship.

Quiet time: Moments of sanctuary in public places are hard won. You’d be a long time driving to find somewhere you’re very
definitely not going to bump into anyone. You’d have to jump on a plane to somewhere. London probably.

Robert Mulhern is contracted to RTE's Doc One One programme